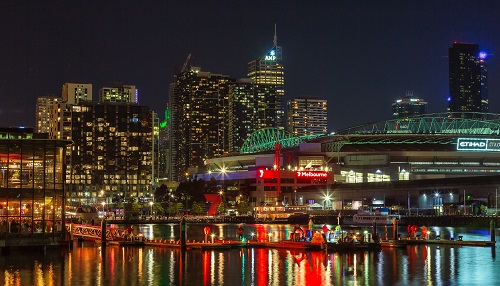 (Photo by Robert Stokoe from Pexels)

Construction has begun on a $225-million extension of Melbourne’s Marvel Stadium in Docklands, the first upgrade since it was opened in March, 2000.

The concourse of the existing 56,000-seater stadium, near Bourke Street, will now be renovated in order to create a “365-day-a-year sport and entertainment hub”.

The new town square, with skylights and windows to give the impression of an “indoor-outdoor” space, will welcome fans more freely from the Southern Cross Station footbridge to the waterfront and feature cafes, bars and restaurants.

The stadium itself will be improved with thematic colour-controlled dynamic lighting, outdoor seating zones and landscaping as well as improvements to the facade and two state-of-the-art scoreboards for either end of the ground.

A refurbishment of change room facilities will “level the playing field” for professional women’s sport. There will also be additional public bicycle parking.

​​There will be 200 less car parks as a result of the revamp while signs, wayfinding and accessibility will be upgraded to make it easier for fans to find their way around the stadium.

Construction work, being undertaken by construction firm John Holland, will be funded by the state government as part of its state-AFL Funding and Commitment Deed.

​​The stadium will remain operational throughout the project, able to host scheduled games and major events with construction work scheduled for completion during the 2023 season.

Find out more about John Holland in our Directory