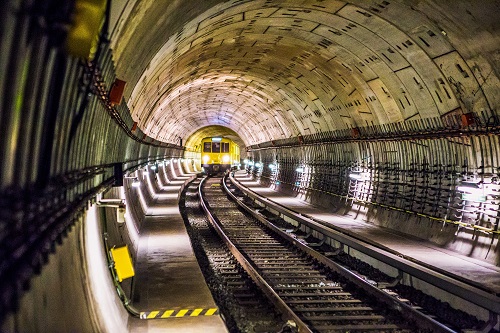 This work is part of the $2.16 billion Western Tunnelling Package awarded in February to the Gamuda Australia and Laing O’Rourke Consortium, which contracted manufacturer Herrenknecht to design, build and deliver the machines.

The machines will use innovative artificial intelligence software, developed by Gamuda, to automatically steer, operate and monitor a number of TBM functions. The technology also allows the TBMs to be more accurate and precise.

The autonomous machines will join a fleet of TBMs that will build 24-kilometre tunnels from the Sydney CBD to Parramatta with two TBMs scheduled to start tunnelling from The Bays to Sydney Olympic Park at the end of this year.

The 24-kilometre new underground rail connection between the CBDs of Parramatta and Sydney will double rail capacity between the two CBDs, connecting the stations at Westmead, Parramatta, Sydney Olympic Park, North Strathfield, Burwood North, Five Dock, The Bays, Pyrmont and Hunter Street in the Sydney CBD.

Each autonomous machine is 1,266 tonne, 165 metres long, and designed to excavate through sandstone and shale. They will tunnel an average of 200 metres per week with a team of 15 workers per shift.

Find out more about Laing O’Rourke in our business directory