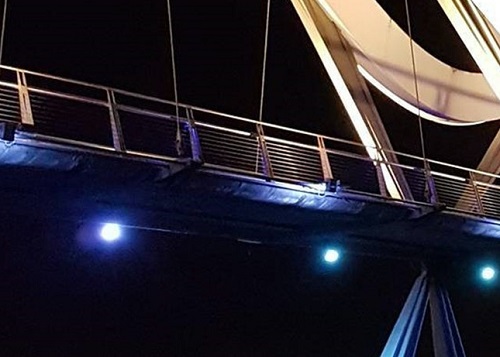 Construction has begun on the Alfred Street Bridge, a new pedestrian and cyclist bridge over the Parramatta River between James Ruse Drive and the Gasworks Bridge in New South Wales.

The $19 million project is part of the revitalisation of the River, and is a key element within a network of planned pedestrian and cyclist improvements throughout the city.  At 4.5 meters wide and almost 200m long, it will be the first true diagonal arch bridge in Australia.

The project will deliver an accessible connection over the river directly to the Parramatta Light Rail stop on the southern side, along with services, schools and recreational opportunities.

Minister for Infrastructure, Cities and Active Transport Rob Stokes said the Alfred Street Bridge is the latest significant investment in the popular active transport network along and around the Parramatta River.

“More local residents will be able to walk, run or ride to Parramatta Park, Parramatta CBD, Sydney Olympic Park, the wider M4 regional cycleway and the Alfred Street cycleway once these works are completed,” Stokes said.