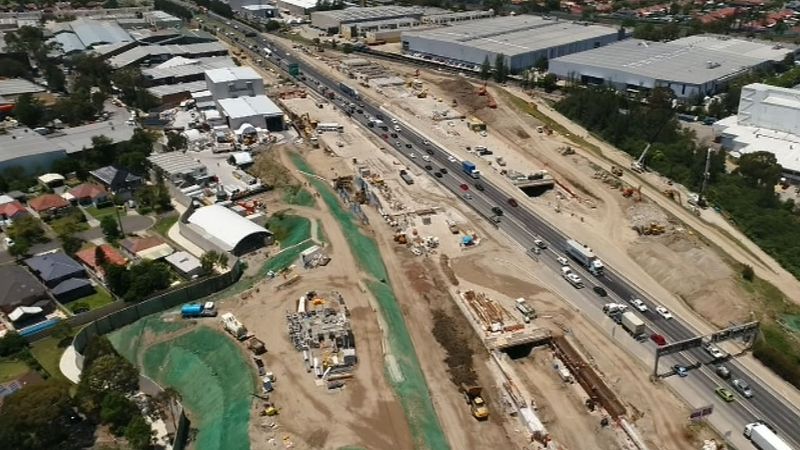 Sydney’s Westconnex motorway could be completed up to 18 months late, after the new owners of the road claimed a crucial part of the project will open much later than expected.

In a presentation to investors, Transurban has said Stage 3 (b) of the project will be open to traffic in the 2025 financial year.

The NSW Government has always insisted it will open in 2023.

Stage 3 (b) is the highly complicated Rozelle Interchange, consisting of a tunnel from Haberfield to Rozelle and ending in a spaghetti junction of underground ramps.

It will feed drivers onto the Anzac Bridge and Victoria Road as well as the future Western Harbour Tunnel.

Transurban spent $9.3 billion on its successful bid to buy 51 percent of Westconnex.

The Rozelle Interchange is being funded and constructed by the NSW Government.

Westconnex Minister Stuart Ayres said the project is on time, but refused to comment on why Transurban seems to disagree.

“It will be completed in 2023,” a spokesperson for Mr Ayres said.

“I don’t understand why they keep lying,” Mr Daley said.

Sources say Transurban is attempting to give itself some wiggle room if the delivery is delayed and they hope it will be open around the middle of 2024 – the start of the 2025 financial year.

The potential delay to the interchange has raised questions over the future use of the land around the White Bay Power Station.

In 2015 then-premier Mike Baird wanted Google to set up its Australian headquarters at the disused station, but the tech giant pulled out.

The government will use the harbour-side land around White Bay for construction to build the Rozelle Interchange, Western Harbour Tunnel and the West Metro from the CBD to Parramatta.

All of these projects will be built at various stages concurrently.

Inner West Council claims the volume of work will see 4000 additional truck movements a day on local streets and condemn the area to a construction site for almost 15 years.

“Gladys Berejiklian promised us our very own Silicon Valley here in the Inner West but all we are going to get is concrete as far as the eye can see,” Mayor Darcy Byrne said.