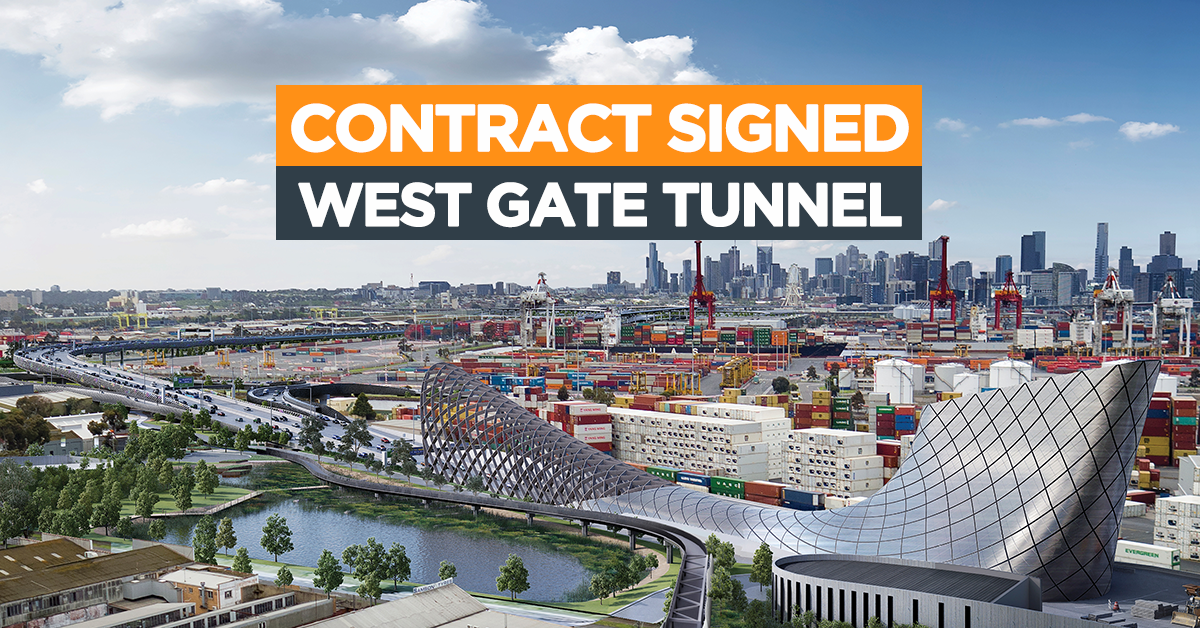 Construction of the West Gate Tunnel will begin next month, with the Andrews Labor Government today signing contracts to build the vital alternative to the West Gate Bridge.

Builders CPB/John Holland today began moving into a construction compound in Footscray, where they’ll begin work on the northern tunnel portal in January next year.

The six-lane tunnel will take thousands of trucks off residential streets in the inner west, slash congestion along the M1 corridor from Pakenham to Geelong and create thousands of Victorian jobs.

The project will stop rat runs in the inner west for good – and 24/7 truck bans will be enshrined in law.

As part of a Public Private Partnership with Transurban, the Labor Government has negotiated a fairer deal for Victorians under the rigorous Market-led Proposal guideline – including making the toll recovery system fairer and removing Kennett-era clauses that compensate Transurban for road projects that divert traffic off its network.

Construction of the new road tunnel will be partly funded with a ten-year extension of the CityLink Concession deed. This partnership has been assessed as high value for taxpayers and for drivers, with tolls increasing at a lower rate than agreed by the previous Liberal government to fund the CityLink-Tulla Widening Project.

Legislation to operate the new road tunnel, and amendments to the CityLink concession deed, will be introduced into Parliament before the road is complete in 2022.

While the Government fully expects Parliament to support a second river crossing and thousands of new jobs, the contract allows for the Government to pay for the road and its operation if Parliament opposes these changes.

The project will provide an estimated $11 billion boost to the Victorian economy, creating 6,000 new jobs, including 500 jobs for people entering the workforce, and up to 150 jobs for former auto workers.

There have been massive improvements to the project’s scope after five design updates, through two years of community consultation and a comprehensive Environment Effects Statement process.

In addition to the business case released in 2015, the Government today released key documents, including a project summary, concession deed amendments, an exposure draft of the West Gate Tunnel Bill and the value for money assessment. The Government will also shortly release the contracts between Transurban and the State.

Early works will start in January, with the first of two massive Tunnel Boring Machines to be ordered in the next few weeks. The project will be complete in 2022.