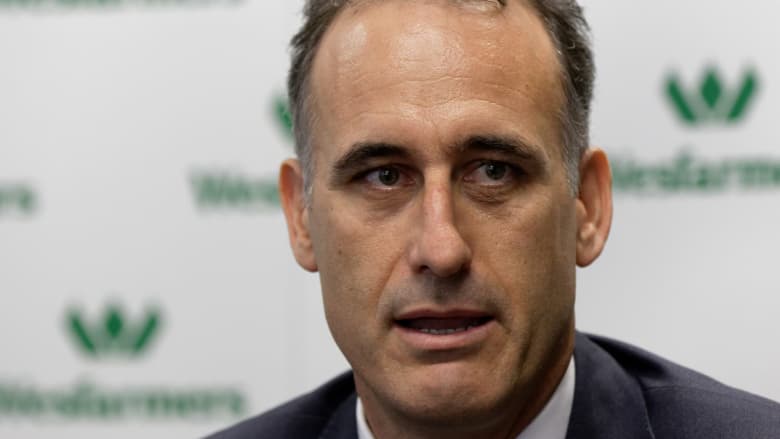 One of the big questions hanging over newly installed Wesfarmers boss Rob Scott is where he will look to invest shareholders’ cash once he has demerged the Coles business.

While there is pressure from the market to show he has plans to revive investor returns – which have flagged over the past three years – there is growing speculation the Perth-headquartered giant has already identified one potential acquisition target.

According to some sources close to the company, Wesfarmers has bought a stake of about 3 to 4 percent in the strife-ridden New Zealand construction and industrial materials company Fletcher Building.

Fletcher is dual-listed on the Australian and New Zealand stock exchanges and is one of the largest listed companies in New Zealand. It has assets on both sides of the Tasman, about 21,000 employees and a market value of $NZ4.1 billion ($3.9 billion).

In early trade on Friday on the New Zealand stock exchange, Fletcher shares are up 11.5 percent.

The crica-$18 billion demerger of Coles later this year will drastically reshape Wesfarmers given the supermarket chain is the conglomerate’s biggest business, accounting for 60 percent of its tied-up capital.

A full bid for Fletcher would be a large bite for Mr Scott and Wesfarmers but certainly a lot smaller than the original $19 billion takeover of Coles – which also included the Target and Kmart businesses – back in 2007.

The potential attractions of Fletcher as a turnaround investment would potentially fit well with Wesfarmers’ stated strategy. The Auckland-based company has been in crisis in recent months after cost blowouts at a string of construction projects led to heavy losses and it breaching debt covenants with its lenders.

Fletcher’s share price has fallen 45 percent since January 2017 and it is considering selling assets as part of a business-wide review.

A spokeswoman for Fletcher said: “We are not aware of a shareholding in the name of Wesfarmers in Fletcher Building.”

It is likely Wesfarmers would buy stock on an anonymous basis through a nominee entity and would only have to declare its holding once its stake reached 5 percent.

The revelation of Wesfarmers’ stake in Fletcher comes as the market anticipates where it will look to expand under Mr Scott, who took on the top job in November last year.

When Mr Scott announced last month that he would spin off Coles into a separate company sitting in the ASX top-30,  he said the supermarket chain was not growing fast enough to generate the kind of returns shareholders expected.

He said carving it out would allow the company to drive growth at its remaining businesses and look for new acquisitions that promised the kind of growth Coles delivered during its decade-long turnaround under Wesfarmers ownership.

Fletcher has been in strife in recent months after delays and cost blow-outs at 14 major construction projects, and was forced to enter an extended trading halt in February to finalise the extent of the losses ahead of a market update.

Ralph Norris, a former Commonwealth Bank chief executive, resigned as chairman of Fletcher amid the crisis, and the company was forced to renegotiate its debts after breaching covenants with its leaders.

Fletcher’s troubled projects include the building of Auckland’s International Convention Centre for listed casino giant SkyCity, which Fletcher estimates will lose it $410 million on instead of an intended $400 million to $500 million profit.

The project is due to be completed about six months behind schedule in mid-2019, and SkyCity has indicated it will take legal action to recoup losses from Fletcher because of the delays.

Fletcher is also facing headaches at Christchurch’s new law and order centre, and at a new office and retail centre in the centre of Auckland’s CBD.

Fletcher’s building and construction division lost $619 million in the first half of 2018, and the company ran at a loss of $332 million, down from a $310 million underlying profit in the same half a year earlier.