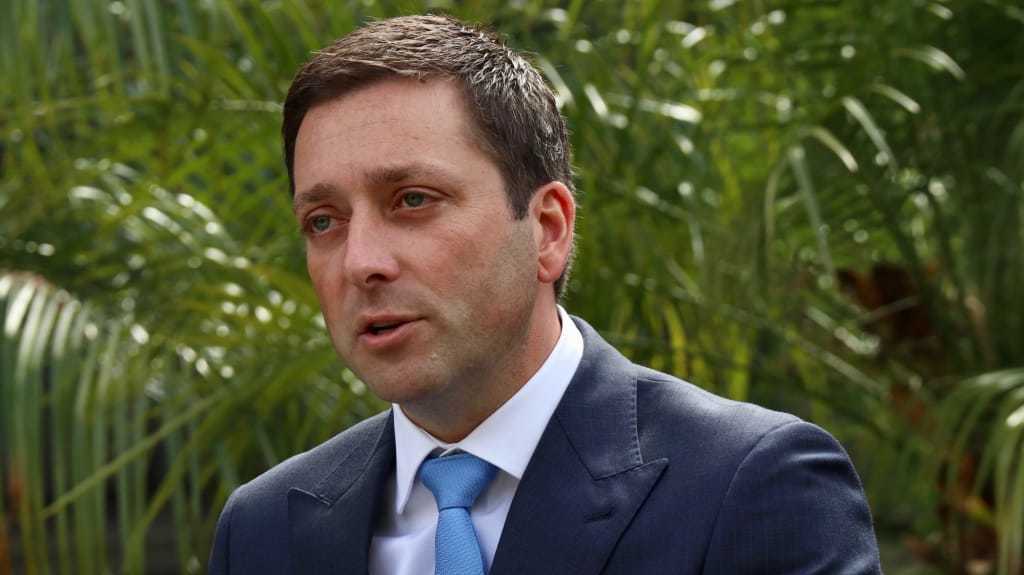 The Victorian Coalition has vowed to spend $30 billion on East West Link and two other toll roads for Melbourne if it wins power in November – but is yet to reveal how it will be funded.

Opposition leader Matthew Guy announced on Thursday a redesigned East West Link would be built beneath Melbourne by a Victorian Coalition government.

If elected in November, he vowed building would begin on East West Link and a North East Link by 2021.

Mr Guy revealed the party was looking at two possible routes for East West Link, one of which would stretch underground from the Eastern Freeway to the West Gate Tunnel in West Melbourne.

The other would connect the Eastern Freeway and CityLink around Parkville.

He also pledged to finish Labor’s West Gate Tunnel, creating a triple bypass of toll roads that would allow motorists to drive from Melbourne’s north-eastern suburbs to Geelong without hitting a single traffic light.

But most of the ambitious project remains unfunded.

When asked on Thursday morning how his party would pay for it, Mr Guy told radio station 3AW that about $7 billion dollars had already been committed by state and federal governments.

But he did not reveal where another $22 billion-plus would come from.

“I’ve committed there will be $2 billion in our first term… there might need to be more state contribution than that,” he said.

“The feds have already committed $5 billion on the table. The East West Link tunnel and North East Link tunnel would need to be toll roads, and of course on top of that you’ve got a staged process [to build the projects].”

“It’s not about roads or public transport. Melbourne’s growth means we need to do both,” Mr Guy said.

“It’s not just about roads, it’s congestion. Melbourne is dead on its feet. Congestion in this city is like it’s never been before… and I support the concept of de-centralisation. We’ve got to grow the whole state, not just Melbourne.”

This week The Age revealed Melbourne’s peak hour is spiralling out to three hours as the city’s gridlock spills into the weekend.

Mr Guy described the election pledge as a “generational project.”

“Our city is one of the fastest-growing cities in the western world and we can’t just say, ‘well, this is for the next election’,” he said. “We need to think about our children and the kind of city they will inherit.”

But Labor dumped the project when it took office, at a cost of more than $1 billion.

“They [the opposition] have opposed [and] criticised the projects, but now they are great fans of them,” he told ABC radio.

When questioned by the ABC’s Jon Faine about the government’s decision to tear up the East West Link contract and slug taxpayers $1 billion, Mr Andrews said he stood by it.

“We’re not pretending we’re friends of a project we voted against,” he said. “It’s a dud project that doesn’t stack up… we’re building the projects that do stack up.”

The Victorian Greens also warned that building roads would not fix the state’s growing congestion.

“Building huge toll roads creates more incentives for people to drive which will have the opposite effect if the desire is to get more cars off our roads and protect Melbourne’s liveability,” Victorian Greens leader Samantha Ratnam said.

“Cities that accommodate large populations well have one thing in common, an efficient and reliable public transport system.”