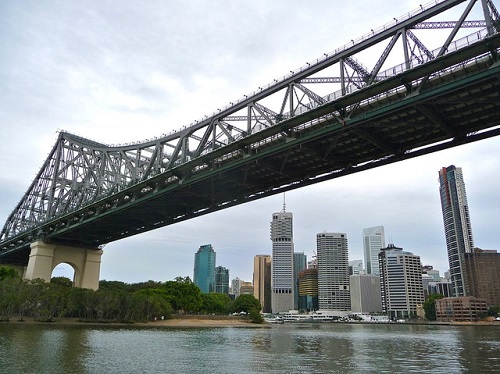 For the daily commuter in Brisbane, transportation in and out of the city during peak hours can usually be described as challenging.

With limited options for road and public transport access, the city requires an expansion of its current infrastructure. Luckily, one suitable project is already in development and is set to transform the way in which commuters can access the city.

The Cross River Rail project, due to come online by 2025, aims to release the growing pressure on the city’s current public transport infrastructure.

The population in South East Queensland is forecast to grow from 3.5 million today to 4.9 million in 2036, with 45 per cent of jobs growth expected to be concentrated inside the Brisbane metropolitan area.

To ensure that the public transportation requirements of the region were met, the original proposal for the $5.4 billion project was chambered in 2010. Following further amendments, the business case for the project was released in August 2017.

The plan detailed the construction of the new 10.2-kilometre rail line from Dutton Park to Bowen Hills, which includes 5.9 kilometres of twin tunnels under the Brisbane River and the CBD, as well as the construction of four new underground stations, six Southside station rebuilds, three new Gold Coast stations and two station upgrades.

Currently more than 2500 workers are situated at 15 active worksites. Additionally, more than 300 apprentices and trainees have contributed to the project.

Cross River Rail has also provided a significant boost to the region’s economy, with more than 1500 Queensland subcontractors and suppliers benefitting from the project to date.

“Cross River Rail is essential because Brisbane is growing to a stage where the notion of just driving a car and parking in the city is just not achievable anymore. The main highways and motorways are becoming more congested, so we need to provide an alternative mode of transport,” Newton says.

“It really is about solving a transport problem, while building new stations and then driving economic development.”

As Newton says, the current bottleneck is the result of previous planning and construction of the rail network more than five decades ago.

“The original rail design consisted of two networks, one from the north and one from the south,” he says. “In the late 1970’s, the bridge was built to link the two together. But with that design, we ended up with stations which are in inconvenient locations for commuters.”

Newton says the Cross River Rail project will help the city of Brisbane to transition to a central transport hub for the region.

“The analogy that we like to use is that projects such as Cross River Rail help a city like Brisbane to mature from adolescence into an adult,” he says.

The Cross River Rail project is entering its third year of construction, following the completion of a year known across the project as the “year of tunnelling.”

As part of this phase, two 1350-tonne Tunnel Boring Machines (TBMs) dug twin tunnels 3.8 kilometres beneath the Brisbane River and CBD from Woolloongabba to Northern Portal.

Both excavations were essential in the construction for the four new underground stations at Boggo Road, Albert St, Roma St, and Woolloongabba.

Newton says the machinery served as an appropriate solution to break through the area’s tough rock interior.

“In Brisbane the foundation below us is predominantly rock. So using TBMs is a really efficient mode of excavation,” he says.

He adds that the TBMs provided great benefits for the project’s bottom line.

“For projects such as tunnels or dams, the geotechnical risk is very high. If a contractor was to get this wrong, it would cost the project dearly in terms of time and money,” he says.

“It’s good to have that geotechnical risk put to bed early in the project and using a double shielded TBM, such as the ones used on this project, gave a high degree of certainty of success.”

This year, the focus will be shifted to station build and tunnel fit out. These works will also include waterproofing and installing mechanical and electrical equipment.

During the planning of the Cross River Rail project, methods of minimising the ecological impacts during construction were prioritised.

Every year in South East Queensland around 40,000 tonnes of glass ends up in landfill. The project aimed to change this by trialling the use of sand made from recycled glass as pipe bedding fill for stormwater pipe relocations.

As part of the excavation works, 98 per cent of the Roma Street construction and demolition waste by weight was diverted from landfill. This included 104,146 tonnes of concrete and 5,571 tonnes of metal being recycled.

Spoil from the project’s TBMs was also reused by Austral Bricks, a south Brisbane brick company, with nearly 60,000 cubic metres of the material remade into brick products.