The unseen machines behind our biggest infrastructure projects 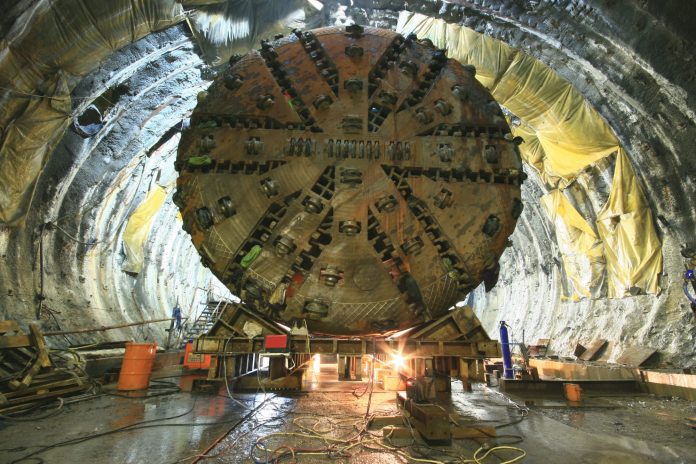 Don’t let the name fool you: Tunnel Boring Machines (TBMs) are fascinating machines, carving out the underground road and rail tunnels of Australia’s future while leaving life at the surface undisturbed. Here we break down how exactly these giant excavators work, and look at their sizable value across the national infrastructure pipeline.

Tunnel Boring Machines (TBMs) are gigantic, worm-like machines – weighing up to 4,000 tonnes and often 90 metres long – but you probably won’t ever spot one on your local construction site.

TBMs never come cheap, are typically reserved for the most ambitious tunnelling projects in Australia’s infrastructure schedule – and did we mention that these machines love to hide up to 60m below ground?

With Australia’s major cities locked into waves of tunnel infrastructure builds – from the Sydney Metro to Melbourne’s West Gate Tunnel – it pays to learn a bit more about how TBMs work and consider their value in an expanding infrastructure sector.

Tunnel Boring Machines (TBMs) are like moving factories – methodically cutting through rock, dirt, or sand, transporting the excavated materials away, then laying down the foundational concrete segments of a new tunnel.

Most TBMs comprise a rotating cutting wheel or cutterhead, a main bearing, and trailing support mechanisms. TBMs come in many different shapes and sizes: the two machines used in Melbourne’s West Gate Tunnel project are some of the largest in the Southern Hemisphere, weighing 4,000 tonnes, stretching 90m long and 15.6m high.

All Tunnel Boring Machines are typically given female names, a long-standing tradition in recognition of Saint Barbara, the patron saint of miners who is said to protect those working underground.

When constructing a new tunnel, a Tunnel Boring Machine starts carving through rock and soil with its rotating cutterhead, which can be 15m wide. A conveyor belt or pump will send excavated material to the rear of the TBM, before the material is sent back through the tunnel to the surface.

As the machine moves forward, a concrete lining is installed by a specialised rotating machine. Once this machine has finished the tunnel’s walls, roof and base, specialised crews behind the TBM will build the road surface, installing electrics, ventilation, and safety systems.

Crews will often inspect the TBM cutterhead in teams of up to four, entering a pressurised air lock that protects them from groundwater and allows them to perform routine maintenance.

The physical effects of this airlock can be equivalent to scuba diving at a depth of up to 35m, so inspection workers will typically spend up to two hours depressurising before returning to the surface.

When TBMs are deployed to bore two parallel tunnels, crews will often use traditional mining techniques to add cross passages that link the two structures, an important safety feature in the event of an emergency: Melbourne’s Metro Tunnel project will feature 26 cross passages, located every 230m along the tunnel alignment.

TBMs are typically controlled by an operator and a crew of up to 20 people. Because TBMs lay an average of just ten metres of tunnel every 24 hours, adequate staffing arrangements are critical to optimise continuous operation.

A common solution to overcome this ten-metre daily limit is to source multiple TBMs to work on the same tunnel route in a kind of ‘meet-in-the-middle’ approach. In fact, London’s Crossrail project recently called on a total of eight TBMs to build a massive 42km of new rail tunnel, in just over three years.