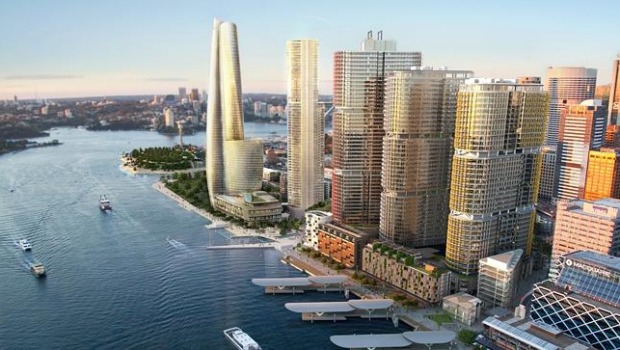 The NSW government did not guarantee James Packer’s Crown Resorts and global infrastructure giant Lendlease would have uninterrupted harbour views from their Barangaroo developments, a Sydney court has heard.

Crown and Lendlease launched Supreme Court legal action against the state-run Barangaroo Delivery Authority earlier this month in a bid to protect “sight lines” from their developments, sweeping from the Harbour Bridge to the Opera House.

The dispute will be heard over two days starting on October 29, Justice David Hammerschlag said on Friday.

Crown’s $2.2 billion, six-star hotel, residential and casino complex project is under construction at the waterfront in Barangaroo South and is due for completion in 2021. Lendlease is building high-rise apartments in the same area as Crown.

The companies fear their views will be obstructed by proposed developments at the neighbouring Central Barangaroo, a five-hectare site with a mixed commercial and residential building and a Sydney Metro train station, because proposed building heights at the site are expected to increase.

The barrister for the Barangaroo Delivery Authority, Scott Nixon, SC, said the companies were arguing that clauses in their respective development agreements requiring the BDA to negotiate in good faith with them about proposed departures from the initial plan for Barangaroo Central “guaranteed them sight lines” to the harbour.

“We dispute that,” Mr Nixon said.

Mr Nixon said the clauses were not directed at an “outcome”, as the companies contended, but were focused on good faith negotiations that did not guarantee sight lines to the harbour.

But James Lockhart, SC, for Crown, said the company’s development agreement with the Barangaroo Delivery Authority “provided protection for Crown” in relation to the valuable sight lines.

The companies are seeking declarations and an injunction stopping the BDA from breaching the terms of the respective development agreements. The case will turn on how those provisions are interpreted by the court and whether there has been an actual or threatened breach of the agreements.

The lawsuits, which will be heard together, come after more than two years of negotiations with authorities and are an unwelcome distraction for the Berejiklian government in the lead-up to the March 2019 state election.

The parties return to court on September 7 for a further preliminary hearing.