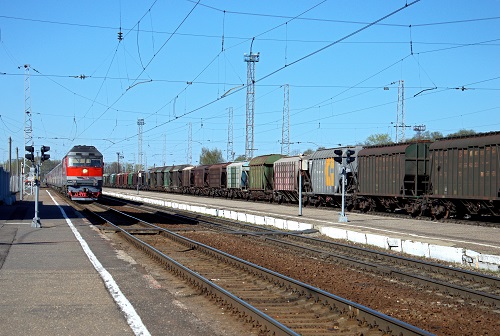 Deputy Prime Minister and Minister for Infrastructure, Transport and Regional Development, Barnaby Joyce, said Djilang Alliance had been appointed as the preferred contractor to deliver the project.

“The Australian Government is committed to delivering this important project – which is another step closer to boosting the number of train services on the Geelong Line,” Mr Joyce said.

“The South Geelong to Waurn Ponds Duplication will provide a huge benefit to passengers, while creating jobs and providing a much-needed boost to the economy. It’s great to see this project progressing, with more frequent and reliable services on the way for passengers.”

The project includes duplicating approximately 8km of track and signalling upgrades between South Geelong and Waurn Ponds to deliver additional services from Marshall and Waurn Ponds stations – with five trains every hour at peak times and three every hour between the peaks.

Victorian Minister for Transport Infrastructure, Jacinta Allan, said the level crossings at Fyans Street and Surf Coast Highway will also be removed, with new elevated rail bridges built to reduce congestion and improve safety for the more 36,000 vehicles that travel through these areas each day.

“We’re getting on with this important project to deliver more frequent and reliable services along our state’s busiest regional rail line and get passengers where they need to go,” Ms Allan said.

“Removing these level crossings and building elevated rail bridges will provide a huge benefit to the community – slashing travel times and easing congestion for thousands of motorists as they travel throughout the area.”

The stations at South Geelong and Marshall will also be upgraded with new station buildings and landscaped forecourts, second platforms, accessible pedestrian overpasses and more than 200 new parking spaces at Marshall to service the growing communities south of Geelong.

Concept designs were released in 2021 to give locals a glimpse of what the project will look like once complete. More than 500 locals provided feedback, with further community consultation to take place in coming weeks to inform the final design of the project.

Senator for Victoria, Sarah Henderson, said the Federal Government has been delivering $35.5 billion in vital infrastructure improvements across Victoria committed since 2013-14.

“Removing the single line ‘bottleneck’ will also deliver faster and more reliable train services on the Melbourne to Warrnambool line.”

State Member for Geelong, Christine Couzens, said the community is playing a key role in helping shape the project’s development.

“This project will give passengers the frequent and more reliable train services they need and deserve,” Ms Couzens said.

“We’re looking forward to engaging with locals to inform the project’s final design and make sure it delivers for a growing Geelong community.”

Early works on the project will soon commence, including the relocation of the Barwon Water pipeline, which will allow key sections of track to be duplicated between South Geelong and Waurn Ponds.

Major construction will then start later in 2022, with the project targeted for completion in late 2024.