Sky’s the limit as a record number of cranes light up Sydney, Melbourne 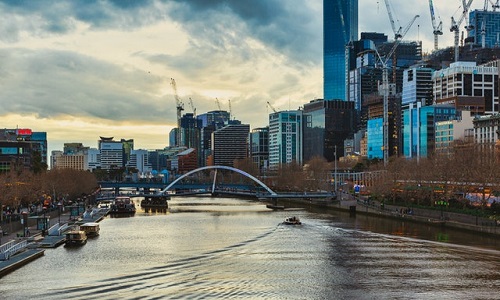 Sydney and Melbourne’s hard-hit construction sectors are bouncing back from COVID-19 with a record number of 813 cranes dotted across their skylines on projects from apartment towers to hospitals.

Data from the latest RLB Crane Index, which measures construction activity in cities around Australia, and covers the first three months to March 31, reveals a 13 per cent increase in the number of the steel frames added to the sky.

It is the highest tally of cranes recorded since the inception of the index in the Spring of 2012 when the construction sector was in full swing. The construction industry generates more than $360 billion in revenue annually, equating to 9 per cent of Australia’s economy.

The record number is in stark contrast to April 2020 when COVID-19 was starting to raise concerns and the number of cranes fell by 5 per cent.

RLB Oceania director of research and development Domenic Schiafone said the rise in the number of cranes was a show of strength and “remarkable resilience” by the pandemic-hit construction industry.

“The challenges have been numerous since the outbreak of COVID-19 two years ago – supply chain disruptions, increased shipping and freight costs, material price rises, workers sick or isolated, pressure on local labour resources and then there’s been the rain,” Schiafone said.

With new projects about to start, including the $2 billion Sydney Central Place at the southern end of the city, the RLB directors said the forward pipeline remains strong.

Overall Sydney had the lion’s share with 348 cranes, 192 were in Melbourne and 79 were in Brisbane spread across office towers, schools, hospitals and residential towers.

Read more at The Age