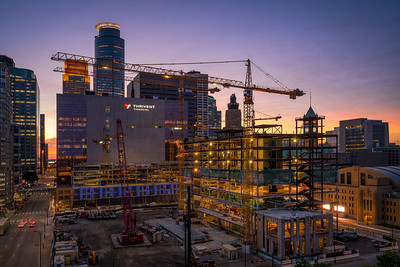 British builders are now more optimistic about business prospects that at any time since October 2015, according to the latest monthly survey of construction purchasing managers.

The headline seasonally adjusted IHS Markit/CIPS UK Construction Total Activity Index posted 53.3 in February, up from 49.2 in January, to signal a solid increase on overall construction output. The index has registered above the 50.0 no-change mark in eight of the past nine months. Since the shock of the first national lockdown, only January 2021 saw the index in negative territory.

Residential work remained the strongest area of growth in February, although the speed of recovery eased slightly since January. There were some reports citing temporary delays on site arising from adverse weather and supply chain issues (especially for timber). The slowdown in house-building was more than offset by the sharpest rise in commercial work since last September and a slower fall in civil engineering activity. Survey respondents commented on contract awards for commercial building that had been delayed earlier in the pandemic and some reported a boost from infrastructure work related to major transport projects.