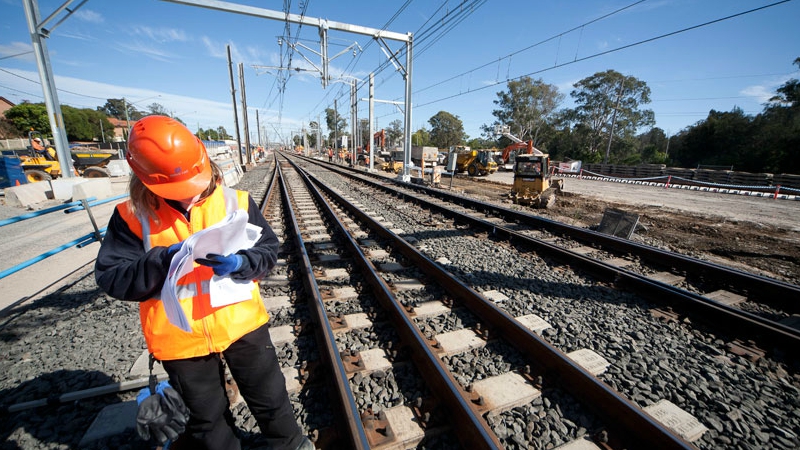 Contractors have been selected to build the twin tunnel entrances of the Metro Tunnel Project which will see dozens of high capacity trains pass through them each hour as part of Victoria’s biggest ever public transport project.
The $1 billion RIA works package is the last major contract as part of the Metro Tunnel project. The consortium will build the tunnel entrances in South Yarra and Kensington which will each see thousands of passengers pass through every hour before their trains go underground and onto twin 9km tracks beneath Melbourne.

The new high-capacity signalling will allow trains to pass through the new entrances every two to three minutes in each direction – a vital part of the Metro Tunnel which will deliver major benefits for suburban passengers.

The project will also slash waiting times and overcrowding across Melbourne’s train network by giving Melbourne’s three busiest lines a new underground pathway through the city thereby freeing up space in the City Loop for the benefit of other train lines.

This additional capacity will create room for an additional 504000 peak passengers each week across the network. The RIA also includes works on train lines out in the suburbs to maximise the benefits of the Metro Tunnel and take full advantage of the extra capacity it creates.

Public spaces near the eastern tunnel portal including South Yarra Siding Reserve Lovers Walk and Osborne Street Reserve will be rejuvenated as part of these works before being returned to the local community once tunnel entrance works are complete.

Around 1000 people will work on the RIA package which is part of the $11 billion project that is on budget and ahead of schedule. Site preparations ahead of portal construction will commence later this year with most RIA works expected to be finished in line with the completion of the tunnels and stations by the end of 2025.