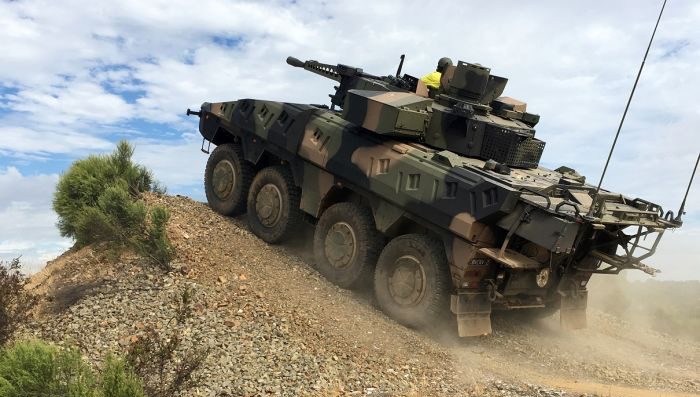 Queensland has won the race to build $5 billion worth of fighting vehicles as part of the largest purchase in the Australian Army’s history.

German contractor Rheinmetall is set to build the 211 light armoured vehicles at a new facility in Ipswich, west of Brisbane.

The Federal Government estimates the acquisition will create 330 jobs in Queensland, along with 170 roles in Victoria and 140 in New South Wales.

“Australian businesses will be big winners in Victoria and in Queensland, but also in other states,” Defence Industry Minister Christopher Pyne said.

“And of course, most importantly, we’re providing the capability the Defence Force needs to be a modern army meeting the challenges that we may face at some stage in the future.”

“The Army will get a very lethal and protected vehicle to look after our soldiers.”

Announcing the contract at the Enoggera Army Barracks in Brisbane, Prime Minister Malcolm Turnbull said it was the single-largest acquisition made for the Australian Army.

Federal Cabinet also considered a bid from BAE Systems, which was set to build the light armoured vehicles in Victoria.

Defence Minister Marise Payne, who joined the Prime Minister and Defence Industry Minister to announce the deal, said the chosen armoured vehicles had been through rigorous testing.

“The outcome of that assessment is that this has the capability to provide the mobility, the lethality and the protection that will support the men and women of the ADF in doing the job that we ask them to do every day.”

Buying and maintaining the vehicles is expected to cost $15.7 billion.

The Government said this was a record purchase for the Army, and would create 1,450 jobs across Australia.

“In years gone by, we would have bought the vehicles from overseas and imported them into the country,” Mr Pyne said.

“Because of the Turnbull Government’s policy, 54 per cent of the acquisition will be value to our economy here and 70 per cent of the whole project, out of $15.7 billion.

“So it means jobs supporting our steel industry here and growing the capabilities of the workforce here and the skills.”

Defence expects the vehicles will have a 30-year life, and will be equipped for peacekeeping and high-threat operations.

The acquisition will also see upgrades to military facilities at Puckapunyal, Bandiana, Adelaide, Townsville, and Enoggera.