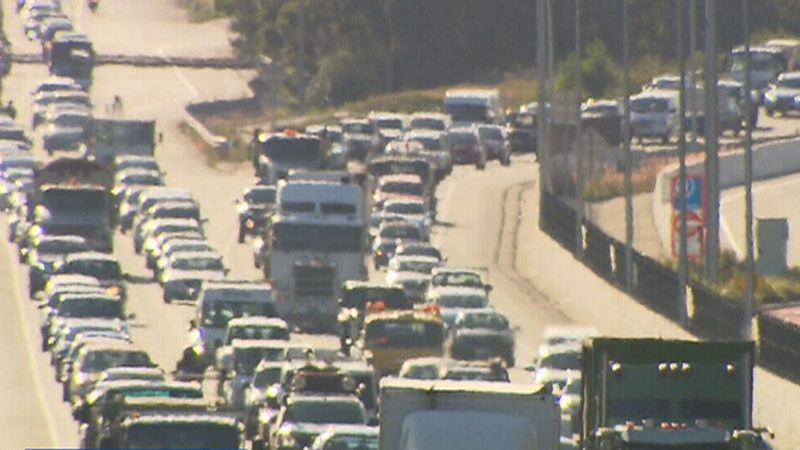 Queensland’s busiest road will receive a much-needed upgrade after the state government agreed to a 50-50 funding split with its federal counterpart.

The Pacific Motorway will be widened to six and eight lanes between Brisbane and the New South Wales border over the coming years, in a bid to ease congestion.

The announcement by Premier Annastacia Palaszczuk ended a long-running stoush with the Commonwealth over who should foot the bill.

He called on the state to match its commitment, but it argued 80 percent of the upgrade should be paid for with federal money.

Deputy Premier and Treasurer Jackie Trad denied the government had caved and instead said it was acting in the best interests of Queenslanders.

“We were just sick and tired, frankly, of Malcolm Turnbull’s games,” she said.

“Fundamentally it is about mums and dads getting home on time to their kids.”

The Queensland government has committed $897 million to the Pacific Motorway upgrade, with funding brought forward to be included in next month’s budget.

Ms Palaszczuk refused to rule out a tax hike or cuts to services in order to pay for the extra funding.

“We have budgeted in the budget for June to pay for this, it is needed and we are getting on with the job of building it,” she said.

Ms Trad used it as an opportunity to take a dig at Mr Turnbull over the federal government’s distribution of funding for the upgrade.

“We need two more federal elections before we see 80 percent of these funds,” she said.

Ms Trad said while the Commonwealth commitment was welcome, the money needed to come sooner.

Federal Urban Infrastructure and Cities Minister Paul Fletcher said the government welcomed the state’s decision to abandon its calls for an 80-20 funding split.

“The Turnbull government now looks forward to seeing detailed business cases from the Queensland government provided to Infrastructure Australia,” he said in a statement.

The state government’s funding will pave the way for a widening of the M1 between Eight Mile Plains and Daisy Hill to eight lanes, while the stretch of road between Varsity Lakes and Tugun will increase to six.