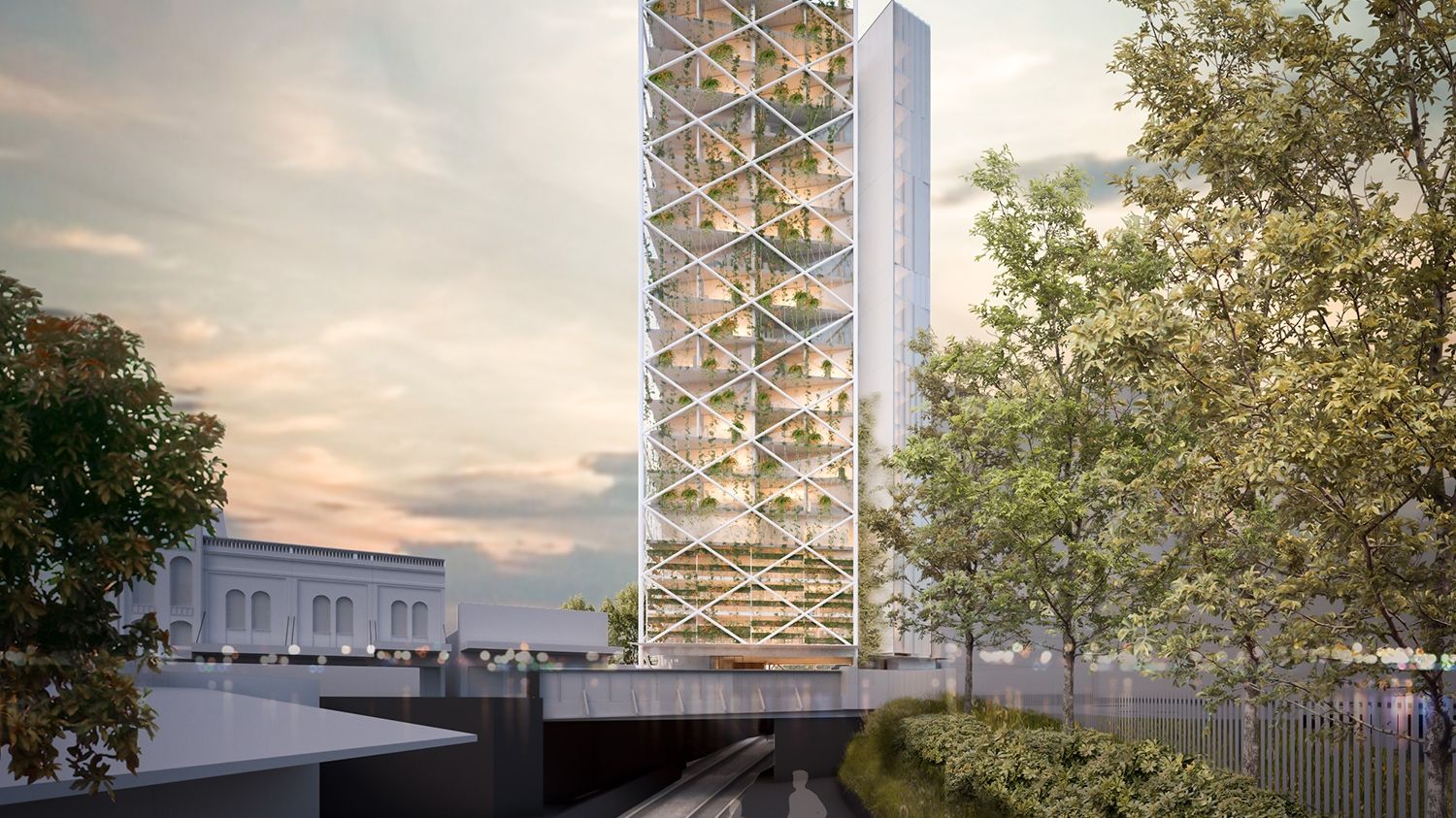 Plans for the first high-density apartment tower to be built over railway tracks in Melbourne have stalled after a local council rejected the proposal.

The developer struck an agreement with state government agency VicTrack — which owns and maintains land along train lines and is responsible for managing the air rights above train tracks — in late 2015 to buy the air rights over Windsor train station.

The agency has been in talks with developers after it began investigating potential sites along railway corridors that could be unlocked for development or turned into public space.

Last year, it sold the rights to develop the airspace above the entrance of Parliament Station for $10 million.

It has also offered to sell airspace for multiple developments along the Sandringham train line, some of which are now waiting on planning approval.

Details of the deal between SMA Projects and VicTrack remain commercial-in-confidence. It is understood the sale of air rights only goes ahead if a planning permit is approved.

VicTrack spokeswoman Jo Mayall said there was a growing market interest in developing above rail corridors.

“However, construction over rail corridor is expensive, so developers require scale, and often height, to cover the investment required to build over busy, operational rail lines,” she said.

A monumental engineering feat, the structural deck that is built over the rail corridor must be able to withstand a train derailment in addition to the weight of the building.

The proposed skyscraper at 24 Chapel Street would be covered in foliage, according to the developer, and would include street-level retail space, three levels of car parking, a level of office space and 45 apartments on the above levels.

More than 50 objections against the proposal were lodged, with many residents expressing concerns about overdevelopment. If the project goes ahead, it would be the tallest building in the neighbourhood.

Stonnington council refused the application in October, partly because it had successfully introduced a 12-storey preferred height limit for the area.

The developer appealed the decision and the case is now scheduled to go to the Victorian Civil and Administrative Tribunal for a week-long hearing in July.

Last month, VCAT granted a permit for a mixed-use development above a section of the Sandringham rail corridor in South Yarra.

Stonnington council had denied Headland Properties’ a permit for an eight-storey building at 121-123 Commercial Road, but the tribunal overturned the decision after shaving two levels from the original proposal.

It is not clear if the project will go ahead. Headland Properties did not respond to interview requests.

During the hearing, the tribunal heard that a portion of the money VicTrack received from such developments was reinvested in the public transport system.

Mr Roberts said the council had no specific position on development over railway tracks, and individual applications were assessed on their merits.