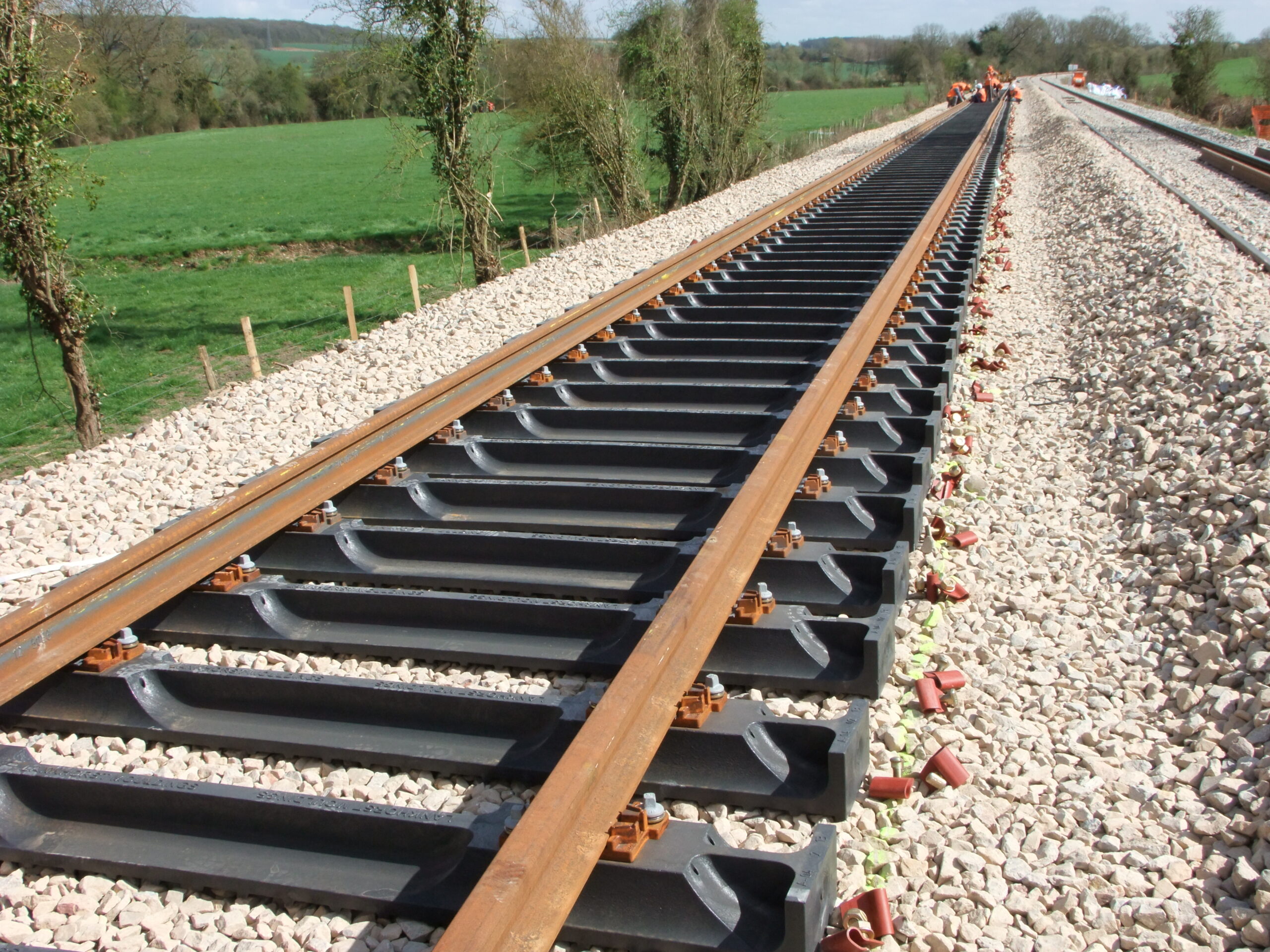 The UK’s Network Rail has used composite railway sleepers on its main line tracks for the first time.

Railway sleeps made from recycled waste plastic have been installed across the weight-restricted Sherrington Viaduct, between Salisbury and Warminster.

Previously, track across the viaduct would be fitted with wooden sleepers, as concrete would be too heavy for the structure. Hardwood is considered not sustainable and from next month creosote-treated softwood sleepers will be banned. On this viaduct, the only alternative is to use plastic instead of wood.

An EU-wide creosote ban in 2013 had an exemption for railway sleepers until 31st July 2021. Softwood sleepers will no longer be used in this country from that date.

The new rail sleepers are manufactured from locally-sourced plastic waste by Sicut Ltd in the UK, under licence from Rutgers University in New Jersey, USA. Sicut is using a blend of materials that might otherwise end up in landfill. The company has supplied its sleepers to railways overseas but this is its first UK contract.