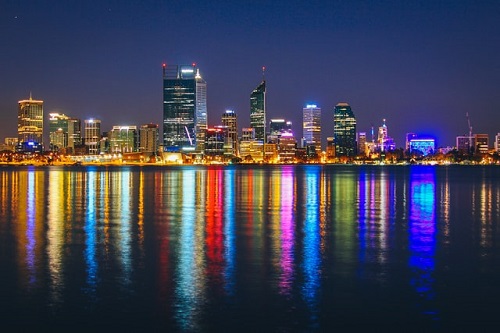 (Photo by George Bakos on Unsplash)

Grange Development has this week submitted plans to City of South Perth for what is set to be the world’s tallest hybrid timber tower, and Western Australia’s first carbon negative building.

If approved, the 183-metre-high residential building, located at 6 Charles Street, South Perth – aptly titled C6, after the periodic table’s symbol for Carbon – will become one of Australia’s most ambitious carbon negative buildings, with only the Atlassian hybrid timber Tower in Sydney currently on target for a similar carbon negative status, signalling the arrival of a new guard of sustainable building and construction technology.

Demonstrating the innate renewability of mass timber at a commercial scale, structural engineers working on the project have determined that it will take just 59 minutes to regrow the entire building’s timber in one sustainable forest region alone. All the necessary timber required to build the apartment floors, columns and beams can be regrown from just 580 seeds, the total of which can be held in two cupped hands.

The core building structure alone is forecasted to sequester over 10,497,600 kgCO2eq compared to a traditional concrete structure of similar scale.

The proposal currently includes provisions for 245 one, two, three and four-bedroom apartments set over 48 levels, a 500sqm rooftop with an edible garden, dining and entertainment space, and 1650sqm of communal wellness amenity.

At ground level, C6 will include a 2000sqm+ four-storey, split level, open-air piazza with a playground, cinema, horticultural zone, F&B and entertainment precinct, equivalent in size to over 85 per cent of the site, gifted back to Council and the community.

The public realm has been envisaged as a part paddock-to-plate urban farm and part immersive education hub in a visual and auditory experience like no other.

Biophilic design is at the heart of C6, with almost 3,500sqm of floral, edible, and native gardens. The building seeks to demonstrate that living in a building connected to nature provides tangible health benefits for its occupants whilst delivering a new type of elegant luxury.

In total, C6 will offer 18sqm of communal space per apartment, which is 300 per cent more than the current planning requirements of 6sqm per apartment.

Other design elements that will work towards the building’s carbon negative status include an embedded power network, ensuring the building will absorb its energy from the wind and sun, along with on-site food production, waste management and biophilic vertical landscapes, to create a living, breathing building that will set a new benchmark for the property and construction industry and deliver tangible benefits for people’s health and wellbeing.

Through its extensive research and best practice benchmarking, Grange Development believes that hybrid timber buildings are the future of a carbon conscious construction industry, and if executed correctly, can transform the foundations of our built environments.

“The latest IPCC reports that keeping warming to less than 1.5°C is increasingly unlikely and that a range of between 2-3°C is most probable. Thousands of scientists and government reviewers have agreed that limiting global temperature rise to no more than 1.5°C is required to avoid the worst climate impacts and maintain a livable climate. The built environment is one of the three major drivers of catastrophic climate change, alongside transport and agriculture. With promising technological advances in both the transport and agriculture industries now working towards drastically reducing global carbon footprints, the property industry is lagging dangerously behind,” said James Dibble, founder and director of Grange Development.

“C6 represents the future of what is possible, except we will deliver it now. On-site energy production, a complete electric vehicle solution that can totally remove the need for fossil fuel-powered cars, a huge focus on biophilic design to deliver tangible health benefits, and a building that actively sequesters carbon.

“If we get this right, we should never have to rely on building another solely concrete or steel tower in our lifetime,” Dibble said.

Post construction, Grange Development is committed to open source sharing the project’s research, design and construction documentation, as a call to arms for other developers to take up, evolve and further progress this building methodology.