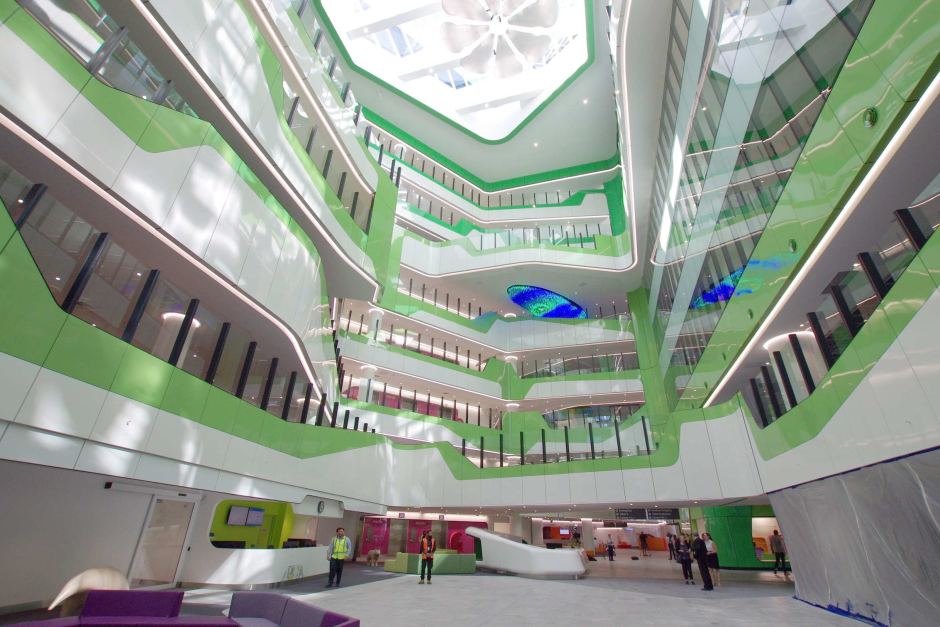 The head contractor of Perth Children’s Hospital, John Holland, is seeking $300 million in compensation from the State Government for changes to the project.

The Health Minister Roger Cook revealed the figure as he fielded questions by the Liberal Party about when the hospital, that is more than two years behind schedule, would open.

“It [the Opposition] has to ask a question,” he said during Question Time.

“Will I continue to maintain this argument that we should not have taken practical completion and side with this company which has got a $300 million claim against us?

“Or will I side with the people of Western Australia and the sick kids that will be using that hospital, to ensure that we have a safe hospital for them?”

The $1.2 billion project has run into a string of construction problems, including lead found in the drinking water, and is not expected to open until the first half of 2018.

An extensive list of additional construction defects, which are yet to be resolved, was also revealed last month.

Despite problems, Government took the keys

Despite the problems, the Government took practical completion of the project, effectively taking the keys from the contractor, in April.

In a statement, John Holland said it had from “the outset” been clear it was negotiating with the Government in relation to compensation.

“For significant changes that the state made to our scope of works on PCH. This is a standard element of large-scale construction,” the document said.

“John Holland has, at all times and in good faith, cooperated with all of the state’s requests which were the cause of significant delays to PCH.

“The state has consistently given assurances that it would compensate John Holland for the changes to scope that it requested.”

The company said it was committed to achieving a fair outcome for both parties.

When asked by the Opposition to provide Parliament with a breakdown of the changes made to the hospital project, Mr Cook said he was unable to do so.

“Mr Speaker, I can’t provide a breakdown of the $300 million claim. I don’t have that information at hand,” he said.

“I am very happy to make that available.”

The McGowan Government has promised to give a clear timeframe this month for when the hospital will open.