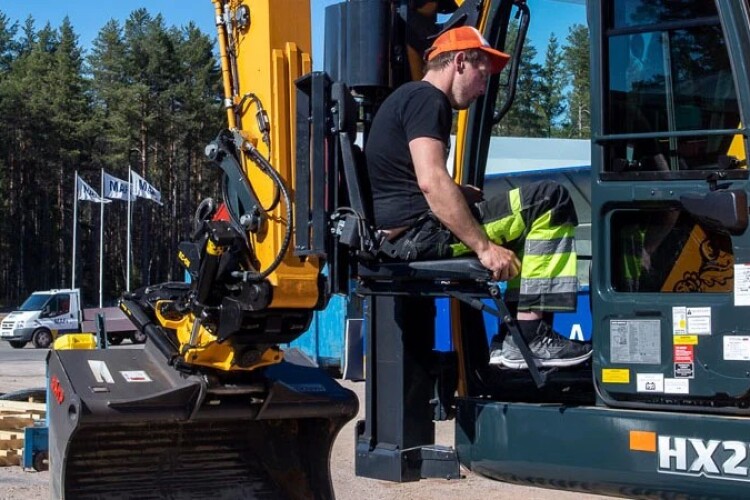 A Swedish man who became paralysed from the chest down is able to work as an excavator driver using a heavily modified Hyundai HX235LCR.

As the result of an accident in 2011, excavator operator Patrik Ketti is paralysed from the chest downwards. Understandably, mounting and operating his excavator became near impossible.

After the accident, he doubted whether, and how, he would be able to work again. “I drove a forestry machine before, but in the forest it is bumpy and difficult to drive,” he said. “My brother drove an excavator and said ‘of course you can’. And with some friendly pressure from my brother and a lot of determination, it worked.”

After his sick leave, Ketti had an initial meeting with the employment service and was offered a job at the reception but he felt this wasn’t for him.  Another option was to get financial support to be able to adapt a machine. It took almost a year and a half before the financial support was granted and the first machine was ready.

“When I changed to my current Hyundai, it went much smoother with financing and everything, then the process only took a few months and we had refined the solutions even more,” he said.