Oil-free luffing job cranes in use in London 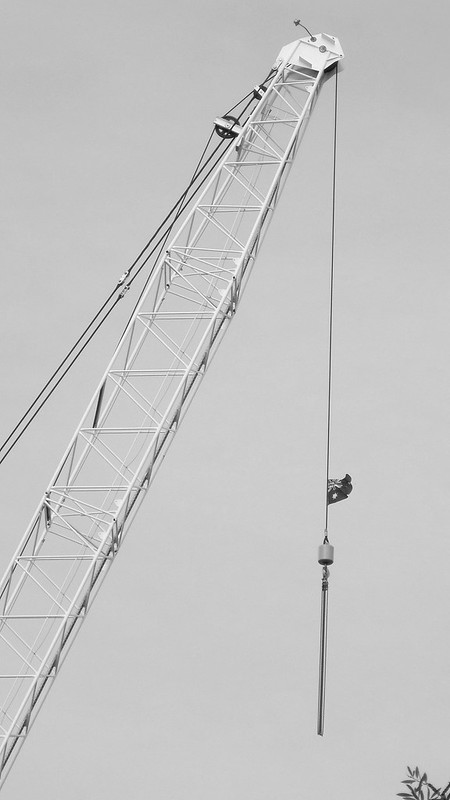 “The only oil we use is for Bruschetta” is how Mariano Moritsch, the man behind the crane, promotes the new RTL 195.

The Moritsch RTL 195 is an oil-free luffing jib crane that relies on a patented mechanical solution to achieve an eight-metre out-of-service radius with a 55-metre jib. Maximum lifting capacity is 16 tonnes.

But Moritsch – a name equally associated with tower crane design innovation – has taken a different approach.

Sales director Mauro Masetti explained: “When we too began to evaluate this possibility we wondered if it really was the best solution to meet the real needs of customers, or rather this had become a trend that everyone wanted to follow.

“We compared the only advantage of hydraulic luffing jib cranes, reduced out of service radius, with the main disadvantages, such as oil leakages, a general complicated maintenance (in particular that of the hoist winch, often positioned in the luffed boom) and above all the size limitations that engineers encounter when designing large hydraulic luffing jib cranes, as hydraulic units would become too complicated and expensive.”

He continued: “All hydraulic luffing jib cranes stand in the range between 6 tonnes and 12 tonnes maximum load capacities, while the construction industry is increasingly turning to precast and requires greater lifting capacities.