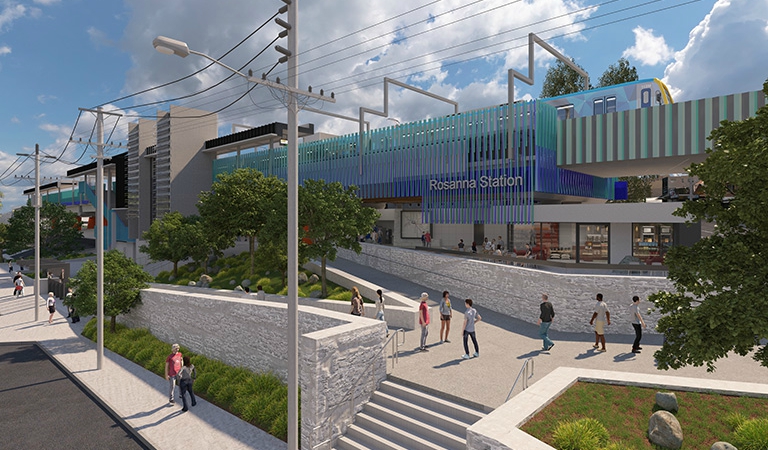 The contract to remove the dangerous and congested level crossing on Lower Plenty Road rebuild Rosanna Station and duplicate the Hurstbridge line has been signed with work to start in the coming months.
An Alliance of Laing O’Rourke Fulton Hogan and Jacobs will deliver the multi-million dollar works that will enable more trains more often all the way along the Hurstbridge line.

After detailed technical investigations and community consultation it was decided that the level crossing would be removed by building a rail bridge over Lower Plenty Road.

The project will also build a brand new Rosanna Station next to the crossing and duplicate the notorious single section of track between Heidelberg and Rosanna creating space for more frequent reliable services which will have flow-on benefits for the South Morang line.

These works are part of a $395 million package of works that also includes the removal of the Grange Road level crossing in Alphington.