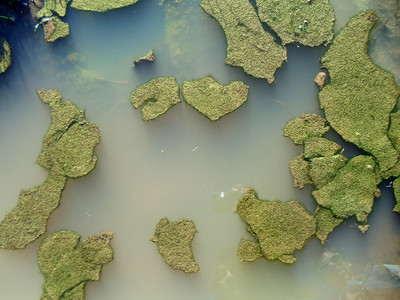 Millions of pounds worth of construction work has been delayed after local authorities in Hampshire stopped granting planning permissions in a bid to reduce nitrate pollution in the Solent. As frustration among contractors and developers grows, the search for a long-term solution continues.

When Natural England issued guidance in June 2019 aimed at preventing nitrates from polluting environmentally sensitive areas, few in the construction industry took much notice. But that soon changed.

The advice followed two rulings from the Court of Justice of the European Union on how the Habitats Directive was interpreted. The directive is aimed at safeguarding vulnerable ecologies – one of which, the Solent & Southampton Water Special Protection Area (SPA) – has been badly affected by elevated levels of nitrates running off the land.

The effects of these high levels of nutrient include excessive growths of green algae smothering rare habitats and wildlife, including the Solent’s internationally protected estuaries, salt marshes and seagrass beds, as well as protected birds such as curlews.

As a non-departmental public body controlled by the Department for Environment, Food & Rural Affairs (Defra), Natural England’s guidance carried weight. And as Christian Silk, head of strategic infrastructure planning at consultancy Foot Anstey, explains: “What Natural England did was effectively put in place a moratorium on building. House-builders had to prove that development was nitrate-neutral, which was impossible.”

Councils in Portsmouth, Fareham, Gosport, Havant and East Hampshire stopped granting planning permission for projects that could damage the Solent unless they included proposals to mitigate the damage done by nitrates.

The house-building industry was soon up in arms amid claims that more than 10,000 new homes were being held back. And pretty soon there was an outbreak of mudslinging and the air became thick with accusations like muck from a farmer’s spreader.

The agricultural simile is deliberate – because the construction industry is being punished for a problem not of its making, a fact that soon became clear: the nitrates come from an accumulation of chemical fertilisers in the soil.

“Portsmouth nitrate levels have been caused by farming decades ago,” protested Penny Mordaunt, Conservative MP for Portsmouth North. “All this is doing is crushing the construction industry and failing to build much-needed homes on brownfield sites.”

Naturally, the National Farmers Union defended its members: “The issue of nitrates is historic and nitrogen applications have been drastically reduced in recent years,” it said. “Farmers can only afford to use nitrogen in a targeted way where it is needed most.”