New report provides blueprint for inclusivity in the construction industry 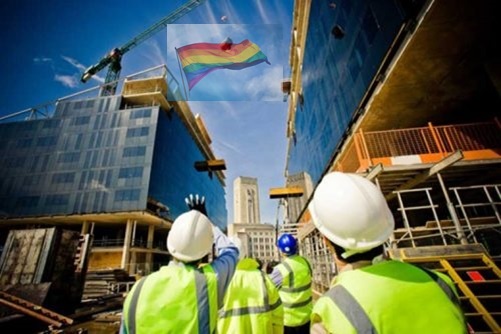 The study ranged from senior executives of multi-national organisations to tradespeople and covered such topics as the effectiveness of current diversity and inclusion strategies, coming out at work and transitioning gender in the workplace.

Dr Natalie Galea, lead author of the report, said while most participants felt there was a positive trajectory in workplace attitudes towards LGBTQ+ people, many noted the sector was coming off a very low base and that it would be a long time before it caught up to other industries.

“The research found it was particularly challenging for those in junior positions, apprentices and FIFO workers to navigate the construction sector as an LGBTQ+ worker due to a lack of power and a desire to ‘fit in’ to avoid anticipated negative responses,” Dr Galea said.

“Determining whether it was safe to come out during workplace encounters could be a constant source of anxiety, adding to the stress of those working in already dangerous environments.”

Co-author, Dr Melissa Jardine, said the research found that industry leaders often lacked awareness of inclusive LGBT+ practices and in some cases failed to act on homophobic or discriminatory behaviours.

“Despite many examples of good leadership, participants expressed frustration that some leaders turned a blind eye and failed to act or challenge homophobic behaviour and attitudes, especially from ‘old school’ men,” Dr Jardine said.

“There was a perception that instead of intervening, leaders were hoping that generational change would resolve these issues.”