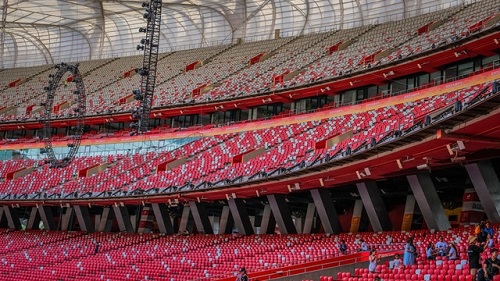 (Photo by Magda Ehlers from Pexels)

Plans for a spectacular $750 million waterfront stadium has been unveiled by the Tasmanian Government as the State pushes for an AFL team.

The 27,000-seat visually appealing stadium featuring a retractable roof would be located on reclaimed land on the banks of the River Derwent at Regatta Point, within walking distance from Hobart’s CBD.

Dubbed the “Devil’s Den”, the venue would boast ferry terminals and be located next to the northern suburbs transport corridor.

The stadium will only proceed if Tasmania gains an AFL licence later this year and it’s hoped the venue would be built in time for the 2027 season, with two to three years of construction following two years of planning and approvals.

The proposed site is adjacent to Macquarie Point, where a concept for a $500 million AFL stadium was put forward back in 2019, however the government had previously approved a masterplan for the site which didn’t include a new stadium. The new site, on reclaimed land, is a combination of crown and Hobart City Council land.

Tasmanian Premier Peter Gutwein said funding would be sought from all levels of government and from the private sector and equity raising.

“It will be an important part of Tasmania’s sporting and entertainment evolution, growing and supporting the state’s visitor economy, and inspiring infrastructure and transport systems to support industry, business and community growth, ultimately shaping and invigorating our capital city,” Mr Gutwein said.

A new stadium in Hobart was first raised by the AFL Taskforce as part of its business case in 2019, with a roofed venue considered one of the key stipulations from the league for Tasmania obtaining a licence.