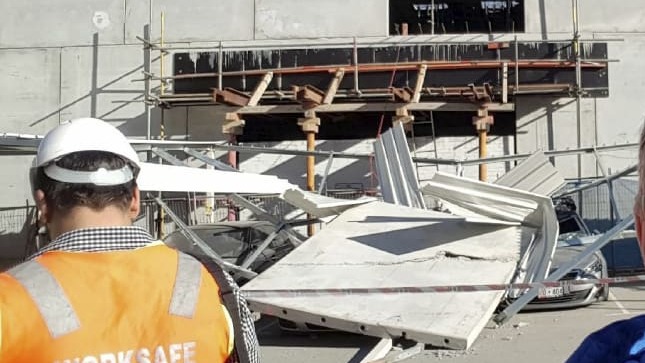 Worksafe is investigating after a large concrete panel fell off a building site in East Perth, crushing two cars.

The incident happened on Saturday morning at the Vue Tower Project, built by Hanssen.

The incident comes after a Perth trucking contractor was fined $160,000 this week over an incident in 2015 where two workers were crushed by falling concrete panels at an East Perth construction site.

Axedale Holdings, trading as Shaw’s Cartage Contractors, was fined $160,000 and made to pay $2200 in court costs in Perth Magistrates Court on Thursday over the incident, which led to the deaths of Irish workers Joseph “Joe” McDermott and Gerard “Gerry” Bradley.

The men died on November 25, 2015, when the unsecured tilt-up panels fell from the company’s trailer.