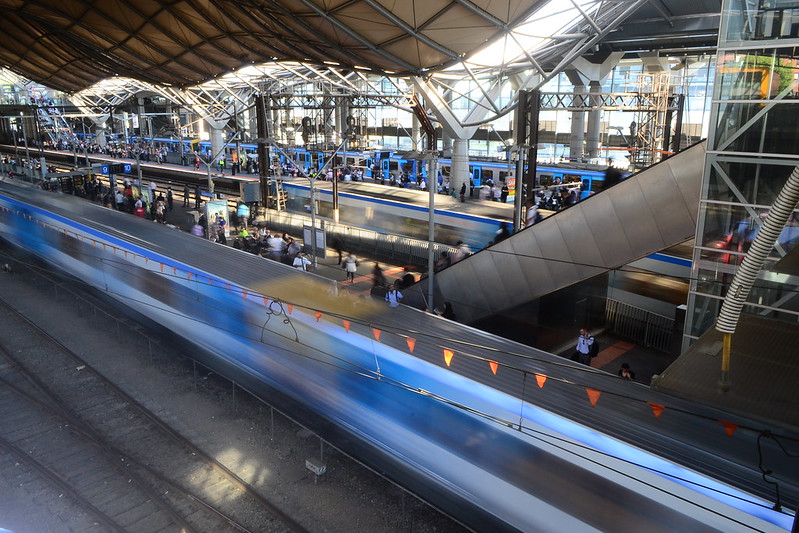 High-tech upgrades to the Cranbourne and Pakenham lines in December have them on track for more frequent services when the Metro Tunnel opens in 2025.

Crews finished a nine-day round-the-clock stint in time for Christmas, installing and testing next-generation signalling equipment that will play a critical role in delivering a true ‘turn-up-and-go’ network for Melbourne.

Cranbourne line passengers will see some new services even sooner, with 50 extra services each week starting on 13 February, featuring trains every 10 minutes on average in the morning peak. The new services are being delivered a year ahead of schedule and will follow more works on the line in January and February to duplicate 8km of track as part of the Cranbourne Line Upgrade.

In 2025 the new High-Capacity Signalling (HCS) system that enables trains to safely run closer together will give capacity for trains to run every two to three minutes. The new system will operate a 65-strong fleet of High Capacity Metro Trains (HCMTs), which will give passengers a smoother, quieter journey, with better accessibility, heating and cooling and safety features.

To date work crews have successfully installed 155km of next-generation signalling and communications cabling on the Cranbourne, Pakenham and Sunbury lines, which will operate alongside new trackside equipment and the new smart trains.

This work means the Cranbourne/Pakenham Line is now ready for further testing of high-tech signalling equipment starting in March 2022, to ensure the new trains and signalling system can safely run alongside older-generation trains – including freight and V/Line trains – and the existing signalling system.

To allow crews to complete the track duplication and work on the Clyde Road, Berwick level crossing removal, buses will replace trains on sections of the Cranbourne, Pakenham and Gippsland lines from 8:30pm Tuesday 11 January until the last service on Sunday 6 February.

Camms Road, Cranbourne will also be closed between Murray Street and George Street from the evening of Tuesday 11 January to the morning of Monday 7 February while track duplication works are underway.

Crews will remove the level crossing at Clyde Road, Berwick by building a new road underpass, and while this work is underway the road will shut from Monday 10 January to Sunday 20 February and the level crossing will be gone for good.

In early February, the dangerous and congested level crossing at Greens Road, Dandenong South will be gone for good, boosting safety and easing congestion in this busy industrial area. A new Merinda Park Station will also open, with improved access for commuters and locals and a new station entrance.

To plan your journey, and for further information about projects in Melbourne’s south and the benefits they will bring to train lines across the network, visit bigbuild.vic.gov.au.