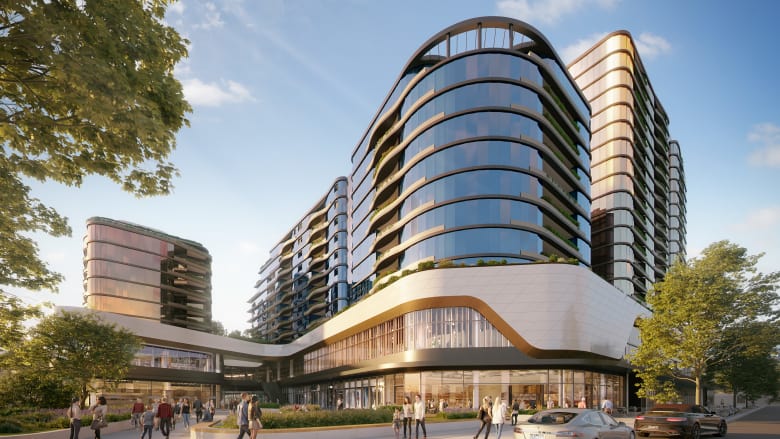 Melbourne developers and residents are in for a windfall of new transit retail, office and residential projects as the city looks to future-proof its train infrastructure with the $50 billion plan by the Victorian government.

Retail landlords Vicinity and Scentre are sitting in the box seats with at least four major developments ear-marked around Box Hill, Doncaster, Glen Waverley and Monash in the south.

Developers and metropolitan office agents have all said it is a step in the right direction to ensure the infrastructure is catching up with the projects to create an interconnected city.

Under the scheme, the Victorian government has plans for a suburban rail loop which is expected to take almost 30 years to build and connect key train lines from Frankston to Werribee. It will allow commuters to by-pass the city.

”The new retail network will change the way Victorians travel, live and shop. Retailers are now planning their retail networks around the new railway lines to ensure their stores are well-position to take advantage. It is very exciting that Victoria is now being reset to ensure the transportations networks can handle the anticipated population growth,” Mr Ainsworth said.

”Further, within the train stations, there will be unmatched retail space becoming available, which has never been offered before for lease. The consistent traffic generated by train stations are obvious choices for retailers to secure space.”

Seamus Egan, new business director for Probuild in Victoria, said the city has a ring road, and if approved will have a rail ring road, that will connect the satellite suburbs to mirror other international cities.

”These infrastructure projects have a huge flow-on effect to the building industry and the economy generally,” Mr Egan said.

”Looking at the obvious benefits it will in integrate infrastructure to the nodes of retail, residential and office developments.”

Probuild is working on the first stage of the residential component of Vicinity Centres $430 million development of The Glen shopping centre, Glen Waverley with Golden Age. There will be more than 500 apartments to be built by 2021.

Vicinity is also in the prime seat with its Box Hill Centre which will have significant residential, commercial and other development in the immediate area surrounding the centre.

”We’re excited by today’s announcement and what it could mean for Box Hill Central and the surrounding community,” Ms Viney said.

”We’ll continue to work closely with all levels of government, and other key stakeholders, to understand what the proposed rail loop will mean for the people who live, work, study and shop around Box Hill Central.”

David Bowden, managing director, Victoria at JLL said if the rail loop does happen it needs to have consultative planning.

”Underground train stations need access to the top and the integrated mixed-use developments which need to have high-density capacity,” Mr Bowden said.

”The capacity of the Melbourne CBD is challenging in the next 10 years so it is logical to have a rail system that will alleviate the pressure of coming in and out of the city.”

The new loop will have a ”dramatic impact on the suburban office market and serious positive effect on transportation and population’,’ says Rob Joyes, the director in charge for Melbourne East & national director capital markets & office leasing at Colliers International.

”Any project that has a mixed-use flavour to it will be a beneficiary of having a connected rail line,” Mr Joyes said.

”This all bodes well for commercial property and the Melbourne metropolitan market in a similar way that Sydney has developed Parramatta, Chatswood and North Sydney.”