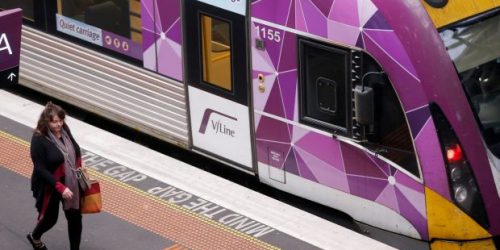 Victoria’s regional rail system will get a $1.57 billion overhaul after the Turnbull government agreed to contribute an additional $600 million to fund the network’s upgrade.

Earlier this year the Andrews government announced a major rail upgrade by banking on a federal funding bonus it claimed it was owed for leasing the Port of Melbourne. But the Commonwealth derided that promise as a “Santa wish list”, and Victoria and the Federal Government have been locked in a bitter dispute over the money for the last two months .

The additional $600 million is being claimed by the Andrews government as a victory in a drawn-out dispute over federal funding for Victoria.

But the Turnbull Government is likely to frame the cash injection as an investment in regional infrastructure, a centrepiece of the most recent federal budget.

A letter from Prime Minister Malcolm Turnbull, seen by Fairfax Media, confirmed the Commonwealth would provide $1.42 billion for the regional rail package.

“I agree that Victorians deserve better public transport no matter where they live,” the letter says.

Mr Turnbull said the upgrade would grow regional Victoria and create 1000 new jobs, including in the Latrobe Valley, which is reeling from recent job losses after the closure of the Hazelwood power plant.

“This is a once in a generation investment that will upgrade every single regional passenger line in Victoria and create more than a thousand jobs,” he said.

The Victorian government has consistently maintained it is entitled to a 15 per cent federal incentive payment after securing the long-term lease of the Port of Melbourne for $9.7 billion. But the federal government had previously disputed that claim and offered just $877 million.

Victoria now appears to have secured $600 million more than it was initially offered by the Turnbull government. It is not clear if the extra money has come from the asset recycling fund.

In April federal Transport and Infrastructure Minister Darren Chester said it was good news the Victorian government was showing an interest in regional rail but public transport was mostly a state responsibility.

“What we’ve seen today basically is Premier Andrews has written a Santa wish list to the prime minister without any of their own money on the table,” he said in April.

But on Monday, Mr Chester welcomed the funding.

“It’s pleasing the Coalition has been able to deliver for all Victorians. Our funding allows the regional rail network to be better linked,” he said.

Now the state and federal governments have struck a deal to deliver a series of major upgrades with $1.42 billion in federal funding.

The agreement includes $555.6 million for the Ballarat line and $110 million for Surf Coast rail that will allow for the duplication of tracks between South Geelong and Waurn Ponds.

In addition, $91 million will be spent on the Bendigo and Echuca lines, $94 million for the Avon River Bridge upgrade and $30 million for freight projects.

Victoria will contribute a total of $150 million to the works.