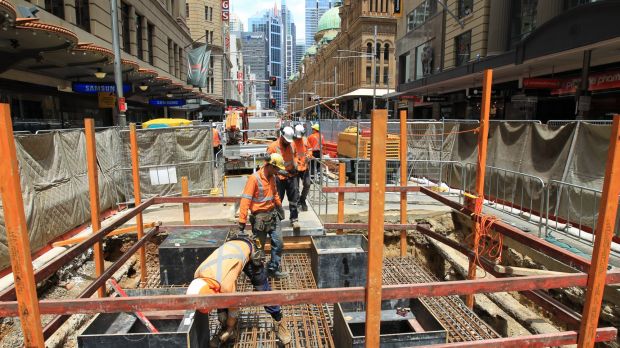 Emergency crews are working to free a man trapped 15 metres down a pit after construction material collapsed on him at a building site in Sydney’s south.

The man in his 30s has serious leg injuries and possible head injuries from the incident on Gerrale Street, Cronulla, a NSW Ambulance spokesman told AAP.

The man is “confined 15m down a pit unable to move his legs and with a possible head injury. A difficult vertical extrication process is underway,” the spokesman said in a statement.

The accident happened at 11.45am on Wednesday. Police are also on scene.

“The patient is alert and being constantly assessed, the extraction is expected to take place within the next hour,” NSW Ambulance Inspector Rob Murray said in a statement at 1pm.

SafeWork NSW has been notified about the incident and an inspector has responded to the site.