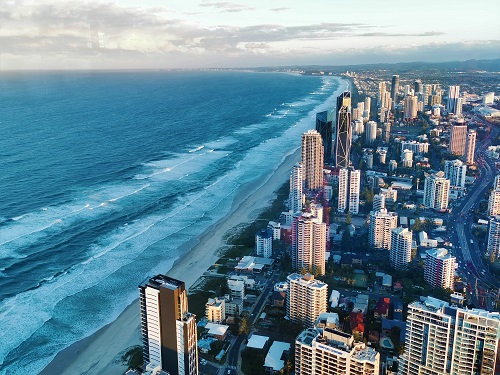 Construction on the Gold Coast Light Rail project Stage three – from Broadbeach to Burleigh Heads – is set to get underway soon, with the contract finalised between the Queensland Government and John Holland for the major works package.

This will expand the tram network to 27 kilometres from Helensvale to Burleigh Heads.

John Holland was selected by GoldlinQ as design and construction partner on the project back in September 2020 following a competitive tender process.

Since mid-2021 early works have paved the way for the major works package to commence in 2022, with more than 1000 underground service and environmental investigations undertaken along with initial site mobilisation and detailed design activity.

Queensland Transport and Main Roads Minister Mark Bailey said the start of major works were on track to commence in coming weeks.

“Stage three is the next step in delivering the envisioned 42-kilometre light rail connection from Helensvale to Coolangatta,” Bailey said. “At this rate, we are on track for operations between Broadbeach and Burleigh Heads to commence by mid-2025.”

“The Gold Coast is a major growth region, which is why the Commonwealth continues to invest significantly in infrastructure projects – including $395.6 million for stage three of the Gold Coast Light Rail – that ease congestion and help commuters get home sooner and safer,” Fletcher said.

The project will complement other on-going works in the region, as Queensland continues preparations for the 2032 Olympic and Paralympic Games. It is expected to create 760 jobs for locals.

Find out more about John Holland at our Business Directory