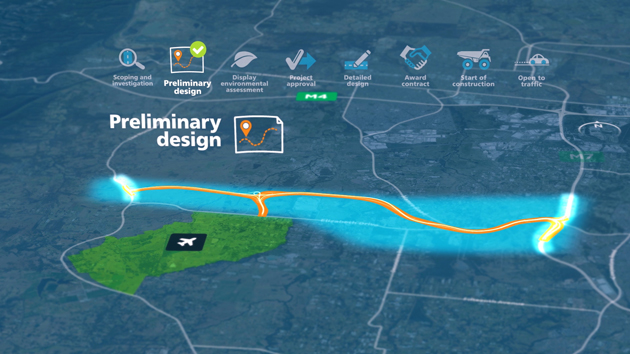 The federal government has released an early design of the planned M12 Motorway to Badgerys Creek airport.

The 16-kilometre road will connect residents to the Western Sydney Airport, expected to open in 2026.

The M12 will have a direct connection to Sydney’s motorway network.

“With an extra one million people expected to live in Western Sydney by 2031, the Turnbull and Berejiklian Governments are delivering the infrastructure needed to make a growing Western Sydney work for residents, and an ever better place to live and do business,” Mr Fletcher said.

NSW Minister for Roads, Maritime and Freight, Melinda Pavey said the government was looking for community feedback on the next stage of the design.

Mulgoa MP Tanya Davies said the M12 would be delivered in time for the airport’s opening.

“The M12 Motorway is the next major project in the $3.6 billion Western Sydney Infrastructure Plan, which has created hundreds of jobs,” she said.

Detailed investigations will take place in the next 12 months as the design is developed and the environmental assessment drafted.