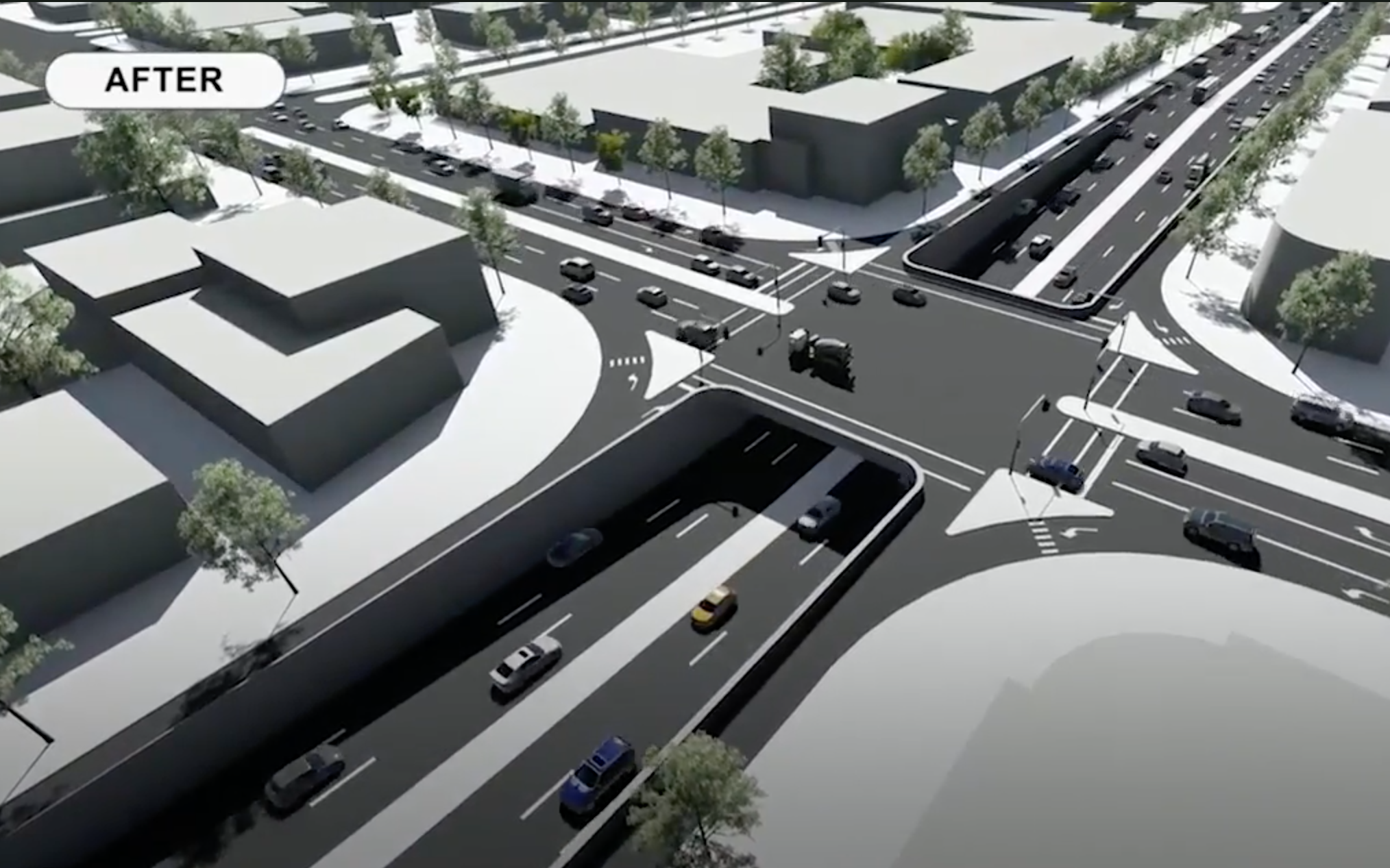 More than 50 of Melbourne’s busiest road intersections will be removed in a bottleneck blitz by replacing traffic lights and roundabouts with underpasses if the Coalition wins government next year.

The project is modelled on Labor’s popular level crossing removal program, but is targeted solely at roads.

Thirty-five intersections would be removed in the first four years of the project, between 2018 and 2022, with a further 20 to follow, the Opposition has promised.

The Level Crossing Removal Authority, set up by Labor, would manage the project and would be renamed Intersection Removal Victoria.

“Everyone agrees level crossing removals will help free-up traffic congestion, but it’s only part of the solution,” Mr Guy said.

“The other part of the solution is to remove some of the worst congested traffic light intersections and major roundabouts by grade separating them.”

Underpasses will be the preferred engineering solution, though the Coalition did not rule out building overpasses, despite its firm opposition to building rail bridges in level crossing removals.

“Preference for grade–separations will be an underpass construction with consultation with the community, local government and engineering experts, determining the final design,” a policy paper states.

The Opposition released a list of the first 35 intersections it wants to remove on Monday in a policy paper titled Get Victoria Moving.

Its so-called Traffic Light Removal Project includes converting some of the busiest intersections in Melbourne, mostly in the middle and outer suburbs, into diamond interchanges.

It would also tackle two major bottlenecks in Geelong.

The remaining 20 intersections to be removed will be chosen following community consultation.

As part of the project, traffic signals would also be modernised to smooth traffic flow.

Funding would come from a roughly equal three-way split between the state and federal governments and the proceeds of the sale of Snowy Mountain Hydro Scheme.

The project would create roughly 5000 direct jobs, the Coalition said.

“It also means people like tradies, couriers and salespeople who use the roads to get between jobs, will be able to do so more quickly,” Mr Guy said.

The announcement follows a Liberal promise last week to build the cancelled East West Link between Clifton Hill and Flemington, connecting CityLink with the Eastern Freeway.

If the Coalition is elected Melbourne could have three major freeways under construction at the same time; the East West Link, the North East Link and the West Gate Tunnel.