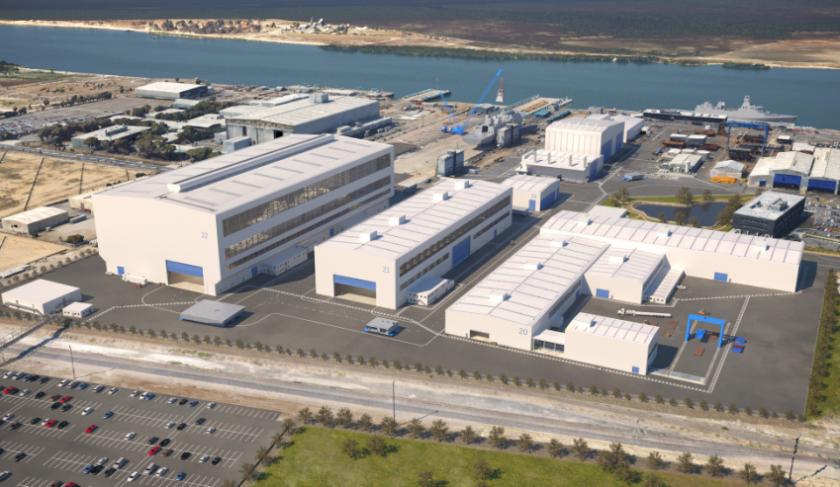 he $535 million infrastructure build of the Osborne South Shipyard, which will be the home of the build for Australia’s Future Frigates, will create 600 construction jobs.

Sydney-based company Lendlease, in partnership with Australian Naval Infrastructure Pty Ltd, have been selected for the job, with hiring for mobilisation work commencing this month.

For the first time in over a decade we are seeing jobs created at Osborne, with up to 600 construction related jobs to be created on the Osborne South Shipyard project,“ Minister Pyne said.

“The valley of death is over and we are now seeing [an] upturn of employment in naval shipbuilding in our state that will only continue to increase as these new projects gain momentum.”

“Today’s announcement is the latest step in the government’s plan to ensure that we develop world-leading shipbuilding facilities in South Australia that will enable our historic investments in naval shipbuilding to commence on schedule,“ the minister said.

“Through Australian Naval Infrastructure Pty Ltd, the government is investing more than $500 million in naval infrastructure at Osborne that will support a sustainable, long-term naval shipbuilding industry in Australia.”

An independent report by PwC, released yesterday, found the the current shipbuilding workforce will more than triple, and more than $130 billion will be added to the SA economy, improving gross state product by 3.5 per cent under the $89 billion shipbuilding projects.