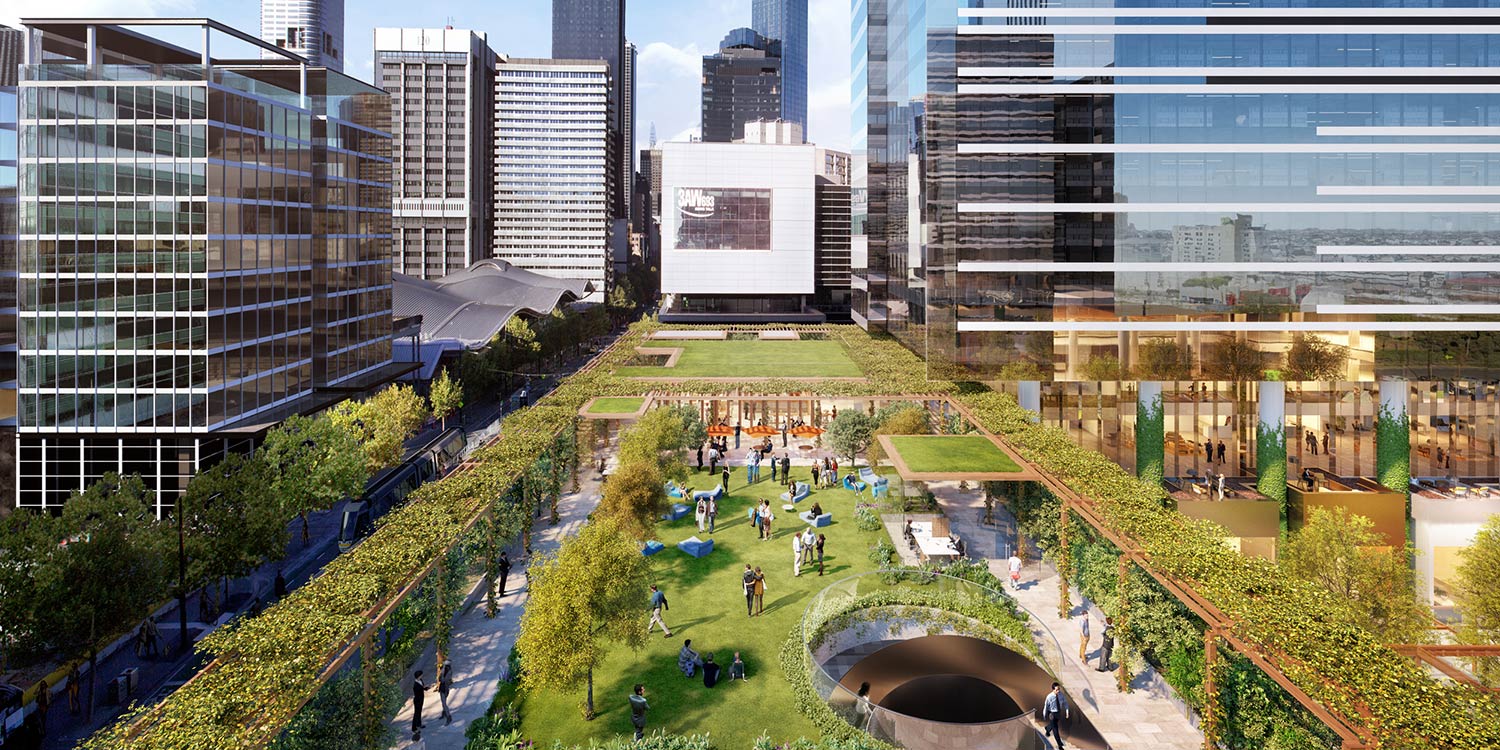 Lendlease has sold a yet-to-be-constructed 25-storey commercial office tower in its Batman’s Hill urban renewal project in Melbourne for about $550 million.

The tower, Two Melbourne Quarter, is the second of three commercial buildings and four high-rise apartments planned for the $2 billion precinct, best known for its proposed elevated “skypark” on Collins Street opposite Southern Cross railway station.

The diversified property developer confirmed that EnergyAustralia would be the anchor tenant in the new skyscraper, taking 22,000 square metres over 10 and a half floors.

Lendlease sold the structure, which it will start building next month, to its investment arm, the Australian Prime Property Fund, and one of the country’s largest super funds, First State Super, with each holding a half share.

Lendlease would not disclose the sale price or lease terms for the tower but net face rents in Docklands A-grade buildings range between $530 and $580 per sqm` while incentives – perks like fitout costs and rent-free periods provided by landlords to encourage tenants to move – are running at around 28 percent.

The angular glass Woods Bagot-designed tower has 2000 sqm floorplates and is expected to hold up to 4,500 workers across 50,000 sqm.  About 12 contiguous floors remain to be leased.

It’s the second tower in the precinct Lendlease has sold to its development arm.

Two years ago it offloaded One Melbourne Quarter to APPF for $250 million. That tower is now 90 percent leased and on schedule to be completed later this year.

Lendlease said its latest office was designed to the highest sustainability standards, achieving a 6- Star Green Star As Built and a 5.5 Star NABERS Energy rating.

Office vacancy rates in Melbourne and Sydney’s CBD markets are extremely tight, with vacancy at just 4.6 percent, according to the latest Property Council figures.