Landmark bridge opens to traffic ahead of schedule 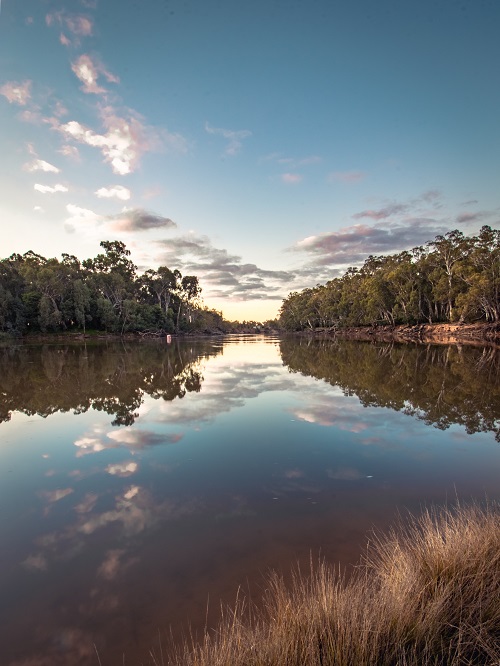 (Photo by Tim Davies on Unsplash)

The Echuca-Moama Bridge has opened to traffic, months ahead of schedule. The new Murray and Campaspe River bridges have been named in recognition of the region’s rich and proud Indigenous heritage.

After more than 140 years with a single Murray River crossing, drivers and pedestrians will now enjoy safer and easier trips between the border towns via a new river crossing connecting the Murray Valley Highway in Echuca, Victoria, with the Cobb Highway in Moama, NSW.

It’s expected 10,000 vehicles will use the new river crossing every day, reducing traffic on the existing Murray River bridge by about 40% – a reduction that will considerably ease peak hour congestion for people travelling between Echuca and Moama. It will also take traffic out of the town centres of Echuca and Moama, reducing traffic by around 42% in High Street through the historic Port area of Echuca, and by about 35% in Meninya Street, Moama.

With the combined population of Echuca-Moama expected to grow by around 20% by 2031, this second river crossing will cater for the immense growth across both towns, keeping them moving for decades to come.

The history of the Murray and Campaspe rivers is intrinsically linked to the Aboriginal communities. The story behind the new Murray River bridge’s name is told in the stunning Dreamtime-themed artwork, Dhungala Dreaming, created by Yorta Yorta elder Aunty Judy Atkinson, which was recently unveiled in Victoria Park, Echuca.

These are great examples of the spirit of collaboration that has existed between the Project and the Traditional Owners as we’ve worked hand in hand to ensure Echuca-Moama’s rich cultural heritage is respected and preserved.

Cyclists and pedestrians are also among the Project’s chief beneficiaries, with 4.9 kilometres of new safe and scenic shared user paths now open for their enjoyment alongside the new river crossing.