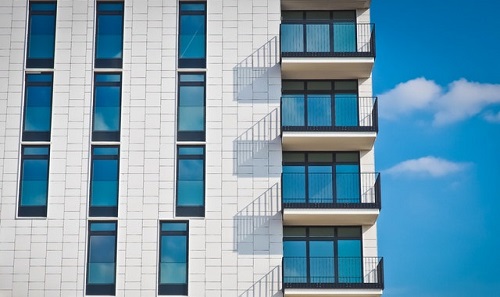 KWG Property is pushing forward on its Sydney pipeline with a $300-million residential project in the Sydney’s north west futhering its foothold in the city.

The Castle Island eight-storey development would be built in three stages, with the first stage expected to be complete by mid-2024.

There is a growing pipeline of development in the Castle Hills Showground district where 4504 apartments have been approved or are under assessment, transforming the low-density area in part thanks to its new train station.

Apartment prices in Castle HIll increased by 8.2 per cent in the year to July 2021 and the population is expected to grow 20 per cent, according to Ray White research.

The Castle Island development designed by Giles Tribe, ARVA Architects and DLN Architects was designed to take advantage of the future Hills Showgrounds cultural hub and the new station.

It also has rooftop gardens, a library, co-working space, cinema, community gardens and central courtyards in the plans.

Ray White Projects managing director Eddie Mansour said the planning had its challenges but ultimately it was worth it to move forward on the project.

“Like any new precinct, a lot of navigation through the planning and development approvals was required but like other developers in this area, it has been worked through and the vision of the precinct is now starting to become a reality,” Mansour said.

“We had not anticipated to have such great initial interest in Castle Island so we are naturally looking forward to launching the project formally to the marketplace.”

KWG sales and marketing director Becky Shan said they hoped to increase their footprint around Sydney.