Kerry and Ryan Stokes tracking rise of the machines with iSeekplant 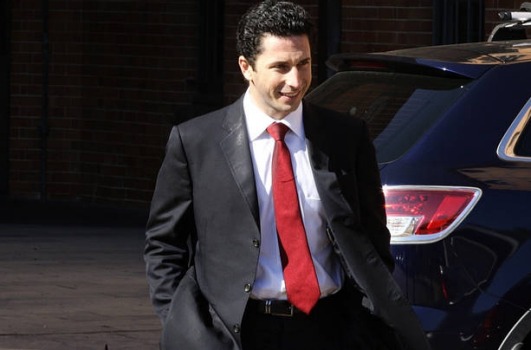 Rich lister Kerry Stokes and son Ryan are making bigger inroads into machinery and industrial services under a deal between a disruptive private company and the ASX-listed Eclipx Group.

Seven Group Holdings-backed iSeekplant.com.au, Australia’s biggest online hire marketplace for machinery owners, has signed an exclusive deal with Eclipx that makes it a player in second-hand sales and auctions.

Under the deal, Eclipx-owned digital marketplace GraysOnline will provide iSeekplant’s thousands of small to medium-sized machinery suppliers with an online sales platform.

The deal builds on iSeekplant’s Uber-like service that allows users to see the exact location, availability and specifications of machinery through GPS and telematics.

The Ryan Stokes-led Seven Group owns 22 per cent of iSeekplant. The group’s larger, established machinery plays Coates Hire and WesTrac are going from strength to strength on the back of the mining upswing and east coast infrastructure boom.

The company has about 82,000 machinery hire assets online with some 6200 suppliers of everything from dozers to dump trucks, backhoes to bobcats.

The total value of the machinery is about $4 billion and about half of the business suppliers have less than five machines in their fleet and had no website or online presence before iSeekplant.

“It is a good time to be alive for machinery owners,” Ms McPherson said.”There are places around Australia where it is just flat strap.”

Ms McPherson said it was ironic that the business, started by a small group of family and friends, would not have taken off but for the last mining downturn.

“The market has swung our way in the last 18 months to two years, but we wouldn’t have got off the ground without the downturn,” she said.

“We had to create the first 20,000 listings the hard way, by driving around and cataloguing ourselves.

“We were talking to people who didn’t understand the need for a digital presence, but revenue was drying up as a result of the mining downturn and there was also a glut in infrastructure spending.”

The partnership will give Eclipx, which last month became a takeover target for SG Fleet, a window into which businesses are likely to be in the market to buy and sell machinery through iSeekplant’s data collection.

“We believe our skills and experience will help us identify ways to leverage their scale and reach to generate second-hand machinery sales opportunities,” Eclipx managing director Doc Klotz said.