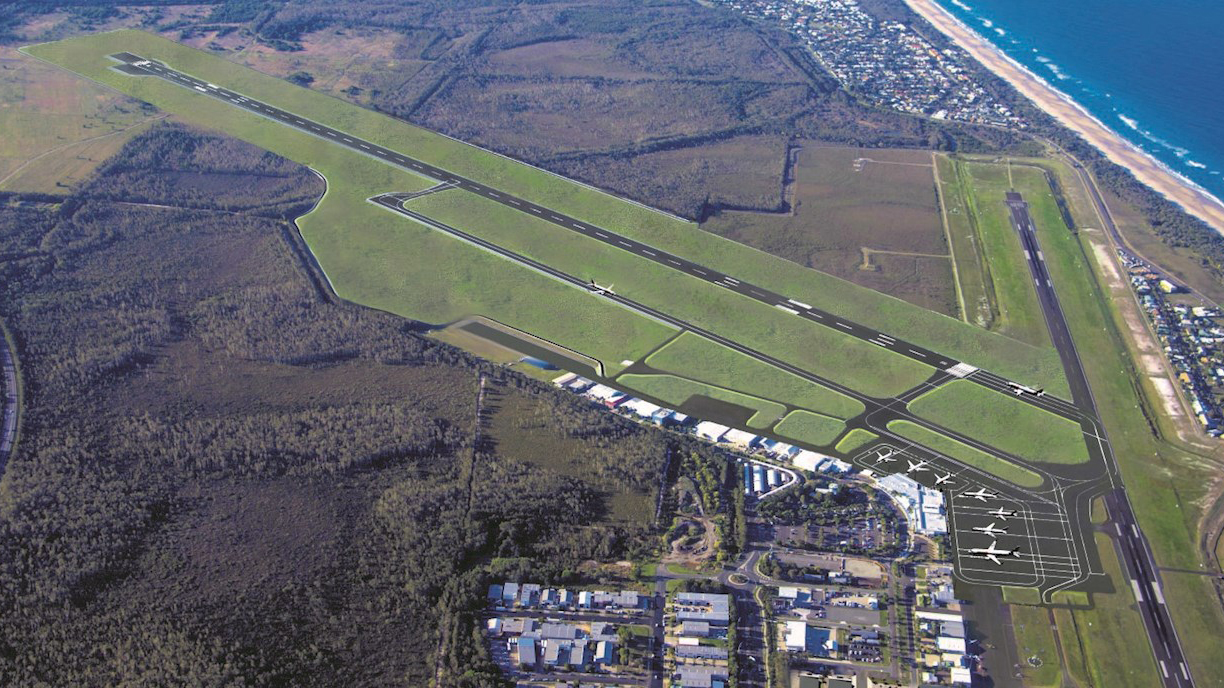 Sunshine Coast Council’s largest construction project will now get underway, with council today announcing John Holland has been awarded a contract worth around $225 million.

The expansion project will open up the region to the world and the project remains on track for completion by Christmas 2020.

“This is the biggest construction project delivered by Sunshine Coast Council and I know it’s one that has been long awaited by our community, the tourism industry and local businesses,” Mayor Jamieson said.

“The new runway will accommodate larger, more fuel efficient aircraft and open up direct access for the Sunshine Coast to more Australian cities, international markets in Asia and the Western Pacific and in turn, drive significant economic growth.

“The Airport Expansion project will contribute $4.1 billion to the local economy over the period to 2040, generate around 2230 jobs in our community, help boost tourism, enable visitors from many locations to gain direct access to the region and support our local export businesses – particularly those operating in the food and agribusiness sectors – to access new markets.

“With this project now entering its major construction phase, the sky’s the limit on the Sunshine Coast.”

“The Sunshine Coast is a magnificent part of the world and we are pleased to be part of the journey on this significant project for the future of the region,” Mr Barr said.

“We already have an association with the region, having delivered the Sunshine Coast University Private Hospital a few years ago and with our involvement in the planned development of the Maroochydore CBD.”

Mayor Jamieson said while the airport expansion was initially estimated to cost $347 million, council is now very confident the project would be delivered for closer to $300 million.

“This is largely due to the terminal expansion being taken over by the airport operator Sunshine Coast Airport Pty Ltd, and is an early demonstration that council is taking its promise to ratepayers seriously,” he said.

“We can build this new runway for our future, without passing any enduring financial burden on to our community.”

Early works progressed well throughout 2017, including the completion of the Finland Road upgrade to prepare the road surface for heavy vehicle traffic, engaging with the Kabi Kabi First Nation People to protect the cultural heritage of the runway expansion land, clearing the centreline and the relocation of the water main and power lines.

John Holland Group will take possession of the project site over the next couple of weeks to start preparing the site for the dredging works to commence mid-year.

The $225 million construction contract is the largest package of works in the project.

Current estimates for the whole project sit at $303 million, including design, environmental offsets and works undertaken to date.

Delivery of the Sunshine Coast Airport Expansion Project is being supported by loans from the Australian Government and the Queensland Treasury Corporation, which will be repaid from the proceeds that Council receives from its commercial partner, Palisade Investment Partners, in 2022.