Hurstbridge trains back on track 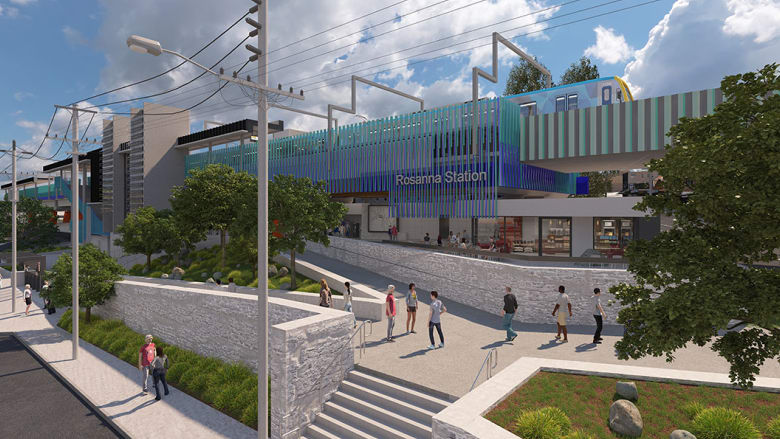 Good news for Hurstbridge-line commuters in Melbourne, with trains finally returning and the new Rosanna station opening this morning, after an extended shutdown of the line forced commuters onto buses for an extra week.

Over four months, 3,700 cubic metres of soil has been excavated to create a new tunnel under Darebin Street in Heidelberg to make way for the new section of track. The total combined weight of the new track and rail rock is equivalent to 31 Boeing 747 aeroplanes.

Chronic bottlenecks caused by a single section of track between Heidelberg and Rosanna are set to be eased now that the track has been duplicated, and a new tunnel under Darebin Street has been built.

The return of trains follows six weeks of disruption for commuters, with passengers informed on the eve of the Anzac Day holiday that buses would replace trains for an extra week due to signalling complications.

The rail shutdown between Clifton Hill and Macleod was caused by difficulties matching up new signalling equipment with infrastructure dating back to the 1950s.

Public Transport Minister Jacinta Allan announced on Thursday that plans to resume Hurtsbridge trains on May 7 had now been brought forward a few days to Friday, after 1000 construction staff had worked around the clock to upgrade the line.

Ms Allan apologised for the inconvenience to commuters, but said the government was on track to remove 20 level crossings by this year, with the crossing removals at Alphington and Rosanna taking the count to 19.

“[The delays] were brought about as a result of some additional works that needed to be done around signalling on the line,” Ms Allan said.

“I would really like to thank the passengers on the Hurstbridge line for their support and patience during this construction period.”

An alliance of contractors including Metro Trains, Laing O’Rourke, Fulton Hogan and Jacobs Group could be forced to pay a penalty for the delayed works. The consortium is set to receive an estimated $435 million for its work.

Landscaping and extra work to fit out the station, build a new car park and rebuild roads and paths still needs to be done to complete the works.