How Fletcher Building lost NZ$660m in a construction boom 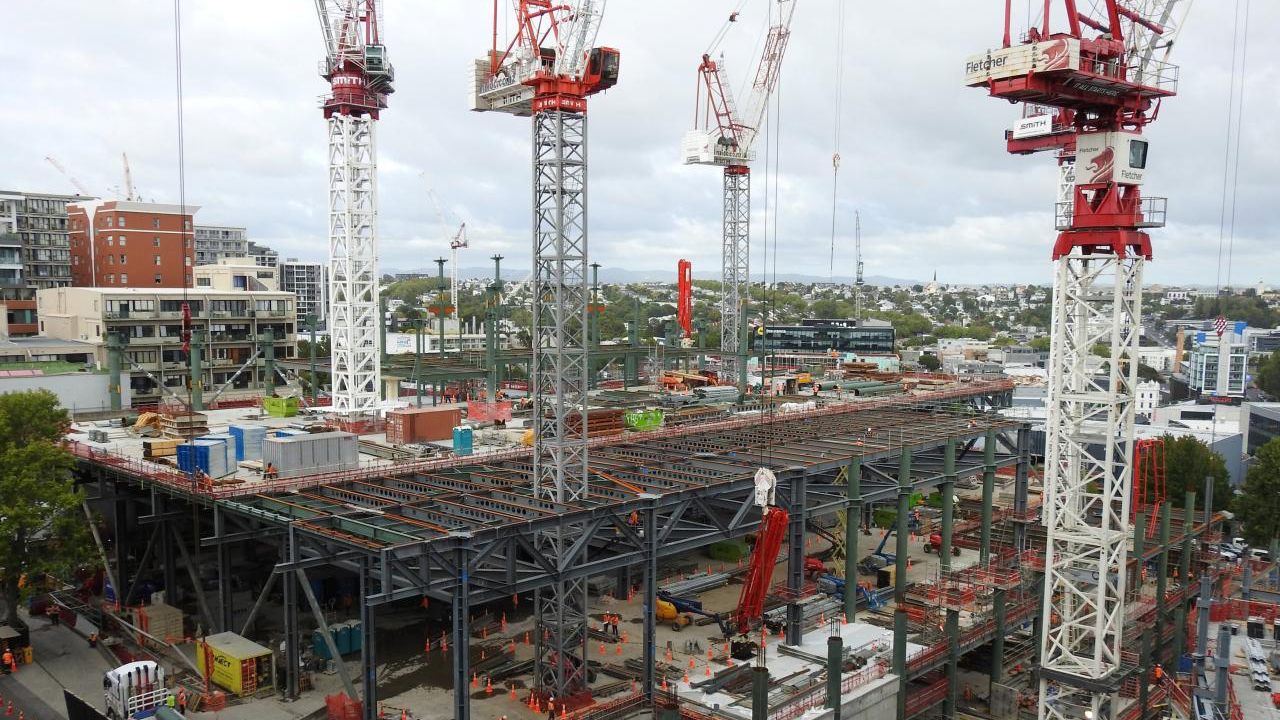 Cantilevered over the art-deco facade of an old bra factory in Auckland’s city centre is a half-built steel-and-concrete structure that is one of New Zealand’s largest commercial building projects – and Fletcher Building Ltd’s biggest problem, Reuters reports.

Fletcher agreed to design and build the New Zealand International Convention Centre for a fixed price of NZ$477 million ($349 million) in 2015 and promised to pay late fees if the project wasn’t completed on time, a source familiar with the deal says.

Now six months behind schedule according to owner Skycity Entertainment Group Ltd, Fletcher – which said it cannot disclose contract terms including the exact price – is expecting to wear a NZ$410 million loss on the project.

The Convention Centre project illustrates how New Zealand’s largest construction company turned a once-in-a-generation building boom into a near disaster, wiping out billions in shareholder value and costing its chief executive and chairman their jobs.

Just a few years ago, things could hardly have looked better for the 103-year-old cement-to-construction conglomerate. A surge in immigration and investment was coinciding with the need for a massive rebuild after two devastating earthquakes in the South Island.

But as contracts for major projects rolled in, rivals said they watched incredulous as Fletcher lobbed unbeatably low bids, promising to wear the risk of rising costs with fixed prices as well as offering to pay fees for missing ambitious timelines.

“They raced to the bottom in terms of pricing – everyone else was screaming about it,” said a rival industry player, who declined to be named speaking about a firm that dominates the sector.

In response, Fletcher said it would not comment on the views of others and had provided “significant detail on the causes of the losses”.

The building giant’s conglomerate structure, which covers the construction sector supply chain from power tools and plumbing supplies to roadbuilding, afforded Fletcher an opportunity to build on slimmer margins than its competitors, industry analysts said.

But soaring labour costs, a trebling in steel prices and Fletcher’s inexperience with managing project design combined to cause cost over-runs and expensive delays.

Fletcher has said it expects to lose a total of NZ$660 million on 16 construction contracts.

After issuing a slew of earnings downgrades, it posted a NZ$273 million half-year loss and breached its loan covenants, prompting former Commonwealth Bank of Australia boss, Ralph Norris to step down as chairman.

Fletcher replaced its chief executive and said it would quit commercial building after finishing its current jobs.

“There’s been quite a realization that there were shortcomings,” Norris, who plans to steps down by October, told Reuters. “It’s fair to say that the company at the time took on risks, or potential risks, that should more appropriately remain with the client.”

Two people familiar with the Convention Centre design but not authorized to speak publicly about it, said Fletcher significantly underestimated the complexity of building the huge structure, which is five times the size of any other convention office in the country.

“Fletcher was used to building, it didn’t do ‘design and build’…its teams didn’t necessarily have the skills and therefore it didn’t manage the design to its budgets very well,” new Chief Executive Office Ross Taylor told Reuters.

“Fletcher…took the Convention Centre on contract terms that make it very disadvantaged,” he added. “I’m assuming what it was is that they just wanted to get the job.”

The deal left Fletcher exposed to a spike in labourers’ wages, the fastest-rising of any occupation between 2009 and 2017, jumping 17.5 percent, according to Statistics New Zealand.

The company is confident it can recover from its errors and remains focused on finishing its current projects “and presenting a new strategy to the market in June,” a spokeswoman told Reuters by email.

It also plans hiring a board director with construction experience, but Fletcher Building’s investors are unnerved.

Having piled into the stock as a proxy for the country’s construction boom, which fueled 19 consecutive quarters of economic growth, they have since rushed for the exits.

Fletcher’s share price has fallen 30 percent in 12 months, now languishing near a 5-1/2 year low. Blackrock, the world’s largest fund manager, sold a fifth of its shareholding last month, according to stock exchange filings.

A spokeswoman from Blackrock in Sydney declined to comment, as did nine other top shareholders.

The company’s boom-time blues have also sent a shockwave through the industry.

“What happens when the margin gets squeezed at the top at Fletcher they squeeze it down to the subtrades,” said Ron Angel, the construction industry coordinator for union E tu.

Peter Ward, Managing Director of Ward Demolition, a subcontractor on the Convention Centre project, said it was a shame to see Fletcher planning to leave the commercial building scene.

“They were the sort of building company that a whole bunch of others aspired to be like and emulate…It’s a sad day that they’re thinking of chucking it in.”