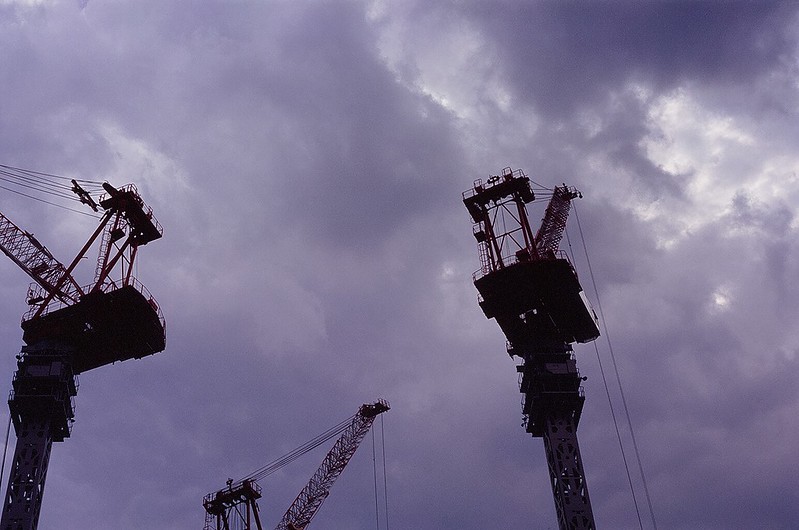 Electric power is rapidly gaining traction in the realm of small plant, as can be seen from JCB’s latest offering. And now two crane manufacturers have recently unveiled all-electric versions of their heavy-lift machines.

Heavy-lift cranes don’t get much bigger than the SGC range of ring-mounted cranes from Belgian lifting specialist Sarens. The latest model to join the range – the SGC-90, nicknamed Little Celeste – can lift a maximum load of 1,650 tonnes. And not only is the new crane powered by electricity, but it can also regenerate its own electrical power.

Despite its impressive dimensions, Little Celeste is aptly-named being the smallest machine in the SGC (Sarens Giant Crane) range. It is the little sister of Big Karl, the 5,000-tonne-capacity SGC-250 that is claimed to be the world’s most powerful land-based crane. Big Karl is currently working on the Hinkley Point C power station project in Somerset, UK.

While all of Sarens’ other SGCs are regular diesel-powered hydraulic cranes, the SGC-90 is designed for connection to the electric grid. All of its functions are electric; no diesel, no hydraulics. It can even produce its own energy, recovering and reusing some of the electricity it uses for lifting, each time it lowers a load. When connected to the mains electricity network, Little Celeste recovers energy and feeds it back, reducing energy consumption by up to 40%, according to Sarens.

Because it runs on electricity, the SGC-90 in operation is much quieter than a comparable diesel-powered machine. There are also no exhaust emissions and there is no risk of oil contamination. And with no hydraulic pumps, filters or engines, maintenance requirements are significantly lower.