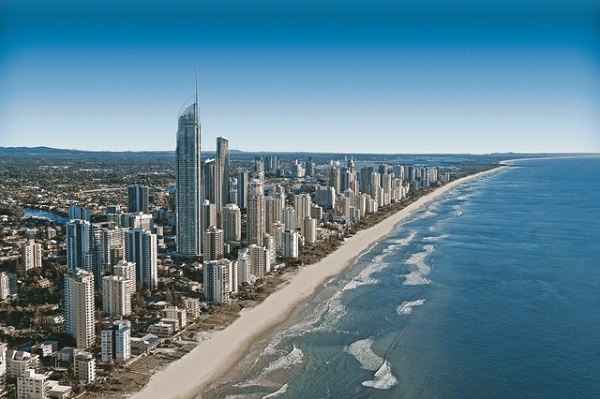 Tim Gurner’s first project on the Gold Coast, a towering $1.75-billion mixed-use development at Budds Beach, has been approved.

The four-tower project will be built across a 1.3ha site at 112 Ferny Avenue, the former site of collapsed developer Ralan Group.

The development, to be known as La Pelago, will comprise 900 high-end apartments and a 200-key hotel.

A number of Australian architecture firms competed for the project with Gurner’s long-standing collaborator Warren and Mahoney getting the nod.

It will be built above a mezzanine level and a three-storey consolidated podium for 1250 parking spaces.

The podium will be topped with a “waterway lagoon” with tropical landscaping and poolside water retreats, in addition to food and beverage tenancies, retail and open space.

Gurner said the developer’s landing page for the Gold Coast project had been deluged with enquiries since going live in September.

“We are now finalising our design plans with an initial VIP launch to our client database in the middle of this year, where we expect significant interest in our first release, before commencing a wider project launch later in the year,” he said.

Gurner has partnered with Melbourne investment and finance house Wingate on its redesigned multi-tower project.

Wingate, which has senior and mezzanine mortgages over the site, had put it on the market in late 2019, before striking a 50-50 joint venture deal with Gurner after the site was sold by Knight Frank.