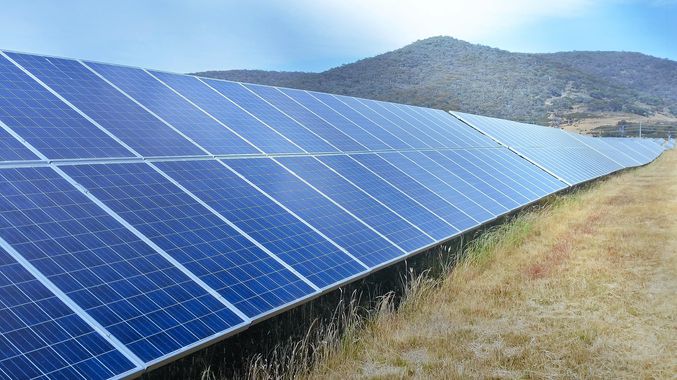 Development approval for the renewable energy project was granted by the Banana Shire Council in April this year after a development application was lodged with council in December 2017.

ESCO is now working with Powerlink towards a grid connection agreement in order to proceed to the next stage of the project and start construction.

“ESCO Pacific chose the solar farm site due to its proximity to Powerlink’s Moura Substation (the electricity network), the large site area free of environmental constraints and the relatively high solar resource in the area,” Ms Olle said.

During the construction phase more than 150 jobs would be generated, with two full-time and six part-time positions during the operations phase.

“The project will generate clean and renewable electricity from the sun to power the equivalent of approximately 42,000 homes,” Ms Olle said.

“The $120 million solar farm is a regionally significant project.

“The project will result in investment in the region through employment (sub-contractors, labour and equipment) and additional regional visitation resulting in flow on benefits for hotels, shops, restaurants and other local service providers.

The proposed solar farm is a utility scale solar farm with a capacity of up to 110 megawatts, which will be fed into the National Electricity Market.

The project will be based on a site covering 203 hectares which is currently used for cattle grazing.

The solar farm will be made up of 330,000 solar photovoltaic modules, more commonly known as PV modules or solar panels.

The panels will be identical in type but larger in size to those used in residential solar installations located on homes throughout Australia.

The solar panels will be installed on ground-mounted frames that will slowly track the daily horizontal movement of the sun.

The solar panels will generate direct current electricity that will be inverted to alternating current via containerised power conversion units.

The power conversion units located at the site will feed AC electricity into an on-site power reticulation system before the power is centrally collected and dispatched to the local electricity distribution network via AusNet Services transmission network.