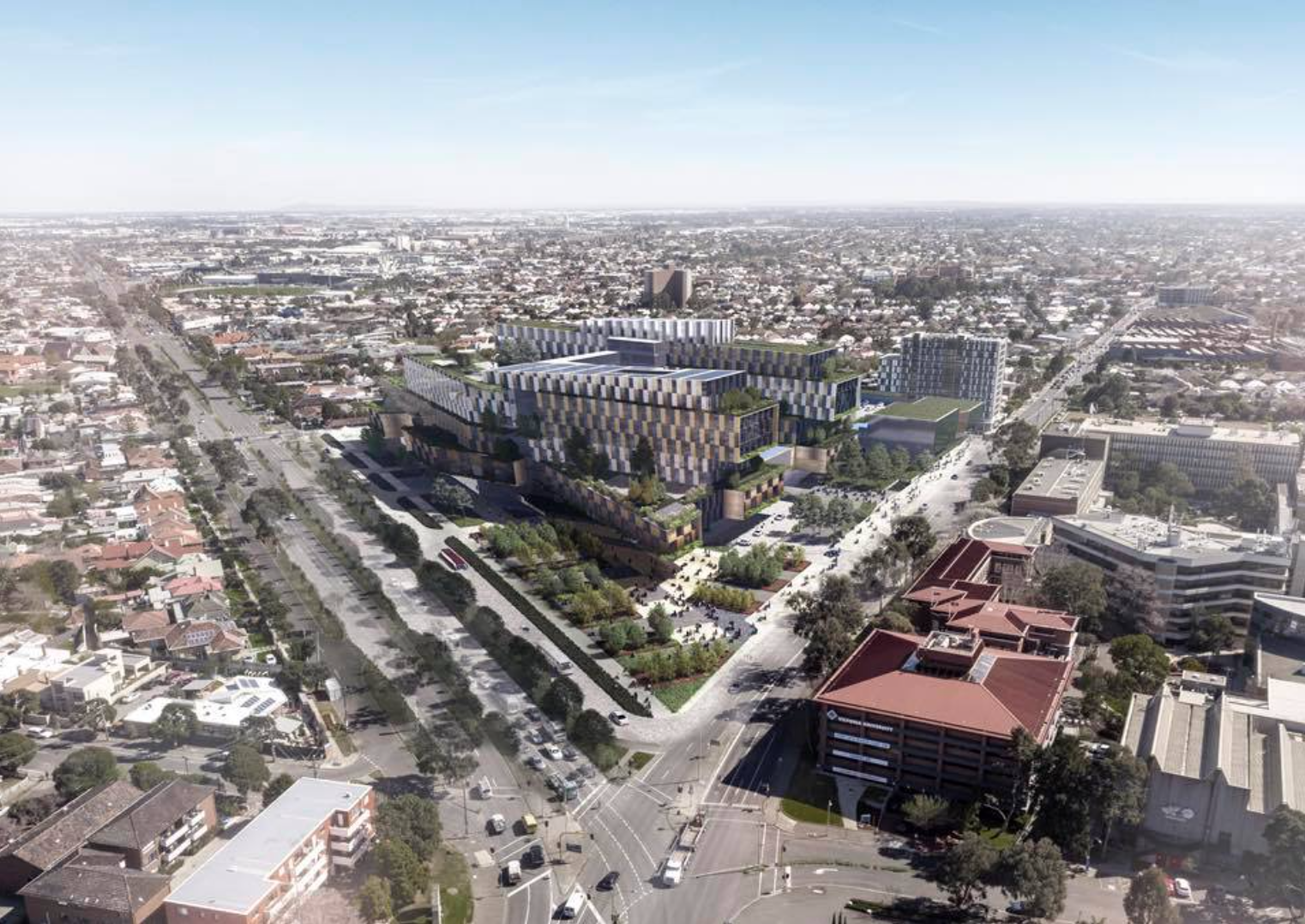 Footscray’s crumbling hospital will be rebuilt at the Victoria University Footscray Park campus under a $1.5 billion plan announced on Sunday.

Premier Daniel Andrews has promised to build a new 504 bed hospital that would boost the hospital’s capacity to enable 15 thousand new patients to be treated each year and an additional 20 thousand emergency department admissions.

The new hospital will be located on the corner of Geelong and Ballarat Roads, currently occupied by parking for the Victoria University Footscray Park campus.

Funding for the land purchase was included in the 2018/19 Victorian Budget.

If the government is re-elected, construction would begin with two years and the hospital open by 2025.

No plans have been announced for the future of the current hospital site on Eleanor Street.

The announcement follows years of criticism over the state of the outdated hospital.

Australian Medical Association Victoria president Julian Rait warned that the 65-year-old hospital is plagued by leaks, cracks and failing equipment and in urgent need of replacement.

“A new women’s and children’s hospital in Sunshine and the new Footscray Hospital will take pressure off inner-city hospitals and provide world-class health care and facilities for local communities of the west.”

The Andrews’ government has promised the hospital could redirect up to 17 thousand western suburb residents from inner-city facilities each year, potentially alleviating wait times.

If re-elected the government said construction would begin in 2020 and the hospital would open it’s doors to patients in 2025.

Mr Andrews said the new development would help give Melburnians in the west more options.

“If their loved one is sick, they’ll be able to get the world-class, affordable public health care they need, right around the corner,” he said.

“Our hard-working doctors and nurses at Footscray Hospital are second to none. This will give them the bigger, better hospital they deserve to keep providing the very best care to local patients and their families.”

The hospital will continue to be a tertiary and training facility and Labor has promised it will include a major extension of the mental health care facilities available in the west.

The 290-bed current Footscray Hospital would remain operational until the new facility opens.

“Our partnership with the new hospital will be of major significance for the further development of our already high standing in education and research in the areas of health, biomedicine, exercise and sport,” he said.

“The new hospital will be a further boost to the development of the Footscray University Town, developed through our work with the Maribyrnong City Council and the West of Melbourne Economic Development Alliance (WoMEDA).”