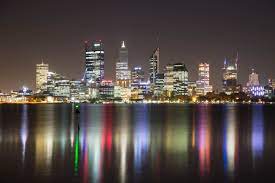 The Western Australian Government has continued its strong focus on infrastructure in its 2022-23 state budget, announcing a record $33.9 billion investment over the next four years.

The budget, handed down yesterday by Premier and Treasurer Mark McGowan, reinforces the government’s commitment to roads and transport, as well as a push for the future of electric vehicle ownership in Western Australia as part of its broader action plan on climate change.

Regional infrastructure also comes out a big winner, with a record $12 billion funding boost, including more than $4.2 billion in the Royalties for Regions program, and billions more across health and services.

The ongoing METRONET program remains a key focus for the State Government, with $6 billion allocated across 13 projects.

Several milestones have been detailed for the project for the next two years, including the opening of the Forrestfield-Airport Link, which will include new stations at the Airport, Redcliffe and High Wycombe; as well as the opening of Lakelands Station in mid-2023

The WA Government has maintained its focus on roads, announcing a further $9 billion in road projects and upgrades.

“The $9 billion funding package includes $3.4 billion dedicated for road projects in the Perth metropolitan area, which will create thousands of local jobs and make it easier and safer for our communities,” the Premier said.

$5.6 million has also been allocated to the improvement and renewal of regional road infrastructure.

In addition to roads investment, the 2022-23 budget also includes $73 million for the Principle Shared Path program, which will see upgrades and extensions to Perth’s path network with a view to improve connectivity and amenity for cyclists and pedestrians.

The State Government has also announced a continued commitment to road safety in the Perth and Peel regions, allocating $16.2 million for the Safer Roads and Bridges Program, as well as $98 million for the Resealing Program.

The Regional Road Safety Program will also receive a further $159 million boost, with around 9,000 kilometres of regional roads to be upgraded by mid-2023.

Read More at Roads and Infrastructure