Getting on with the North East Link 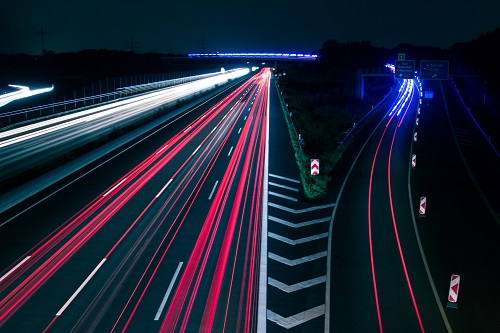 After years of planning and consultation with the community, work is progressing on building the missing link in Melbourne’s freeway network.

Scheduled for completion in 2028, North East Link will connect the M80 Ring Road to an upgraded Eastern Freeway, slashing travel times by up to 35 minutes and taking 15,000 trucks off local roads daily.

An $11.1 billion contract has recently been awarded to the Spark consortium to deliver the North East Link tunnels. During 2022, the project team is setting its sights on completing its big program of early works, getting to work on the tunnels and putting the freeway upgrade packages out to market.

There are already more than 1,000 people working on North East Link, and the project is set to create more than 10,000 jobs, with an estimated 8,000 jobs on the tunnelling package alone.

North East Link CEO, Duncan Elliott, said with more than half a million Victorians living within two kilometres of a planned North East Link interchange, the project will change the way people move around Melbourne and connect people to jobs and education.

“At the moment, anyone travelling between the east and north of Melbourne has a lengthy and unpredictable journey that can take anywhere up to 90 minutes and sometimes even two hours as drivers have to leave the freeway network and weave along congested local roads,” Mr Elliott said.

“North East Link will shift this traffic into the new tunnels, providing a quicker and easier link for 135,000 vehicles a day – slashing travel times and leaving local roads for local trips.”

Mr Elliott also said with the strong growth expected in Victorian and Melbourne freight over the next 30 years, North East Link is critical to help businesses get goods where they need to go and clear residential areas of heavy truck traffic.

“The project will increase productivity for businesses by linking farms, industrial areas and distribution centres in the south east with the Hume Freeway and key destinations in the north, including markets, freight hubs and Melbourne Airport,” Mr Elliott said.

“For a tradie in Bundoora, it will open up jobs in Doncaster. A small business in Dandenong can access warehousing in Tullamarine and a student from Glen Waverley can get to university at La Trobe.”

In a major milestone for the project, updated designs for North East Link were released in October 2021, including a longer tunnel to Watsonia.

Simpler underground interchanges create more space for a new tree-lined boulevard for Greensborough Road and more than 50 MCGs worth of new, revived and reconnected parklands.

It’s a significant design update, and one that shows careful consideration of the legacy this project will leave for the  north-east. The M80 Ring Road will also be completed, with new lanes, smart technology and a seamless interchange with North East Link.

Improved technology on the Eastern Freeway and more than 45km of new lanes will work together to slash travel times by up to eleven minutes.

The Eastern Express Busway will make it quicker and easier to get to and from the city on public transport, with new parks and rides at Bulleen and Doncaster and a bus every minute in peak times.

Plans for the North East Trail have been expanded, with 34km of new and upgraded walking and cycling paths linking the north east to Yarra River trails and parklands.

Mr Elliott said that the local community has played an important role in the project’s designs. “We started talking to the community early – their local knowledge, combined with our team’s engineering and planning expertise, is ensuring we understand local issues and get the best outcomes,” Mr Elliott said.

“We will continue to work closely with the community, and in the coming months there will be opportunities for local people to comment on local elements of the design when we start exhibiting urban design and landscape plans.”