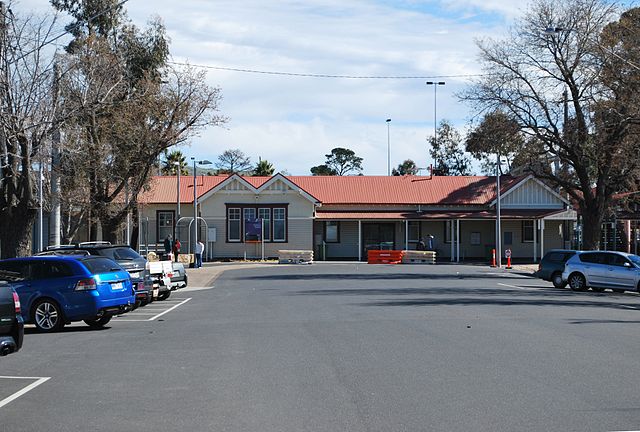 Major construction is just weeks away from starting to remove Sunbury’s dangerous and congested Gap Road level crossing, with a contract awarded and final designs revealed for the project.

The contract was awarded to the Rail Infrastructure Alliance (RIA) – comprising John Holland, CPB Contractors, AECOM and Metro Trains Melbourne – which is also delivering major works on the Metro Tunnel Project at the eastern and western tunnel entrances, as well as the Sunbury Line Upgrade.

The project will free up Sunbury’s worst traffic bottleneck two years earlier than first planned, with the new road under the rail line in place by the end of 2022 and all work completed in 2023.  Early works for the project began in July, with workers digging alongside Gap Road and Station Street to relocate underground services, making way for the start of major construction.

Hundreds of piles are driven as deep as 13 metres into the ground to support the new rail bridge and retaining walls for the lowered road. Construction of the rail bridge will start in 2022, followed by excavation of the roadway.

The Gap Road level crossing will be replaced with a new rail bridge and a road underpass on Gap Road/Station Street, including a new shared path on both sides to provide a safe connection for pedestrians and cyclists.

Artist’s impressions of the final designs have been released, showing bridge supports originally between the footpath and road have been removed to improve visibility and safety for pedestrians and cyclists.

The road under rail design will ensure the heritage-listed Sunbury Station is preserved and have the least impact on rail services during construction, although there will still be some disruption at times.

The Gap Road level crossing is Sunbury’s most congested, with the boom gates down for up to 26 per cent of the morning peak. About 19,000 vehicles pass through the crossing each day, expected to rise to 27,000 by 2026.

The level crossing removal is being delivered as part of the Sunbury Line Upgrade, which will prepare the line for bigger, more modern trains that will run when the Metro Tunnel opens in 2025, giving passengers access to five new stations in Melbourne’s CBD, Arden, Parkville and St Kilda Road – and a future link to Melbourne Airport Rail.

Buses replaced trains on the Sunbury Line from 3-8 September while work stepped up on the project, with crews installing signalling, communications and power infrastructure along sections of the line, and working on power upgrades at the Tottenham substation and platform improvements at Middle Footscray, West Footscray and Sunshine stations.

The Sunbury community will also benefit from investment in the Sunbury Road upgrade, which will add extra lanes on Sunbury Road between Powlett Street and Bulla-Diggers Rest Road, new traffic lights at key intersections, improved walking and cycling connections and a new bridge over Jacksons Creek. Works to deliver 300 new commuter car parks are also set to begin in coming months.

“I’m thrilled that major construction on the Gap Road level crossing removal is about to start, bringing us a big step closer to getting traffic flowing in Sunbury and improving safety for cyclists and pedestrians.”

“Our growing community will see the benefits for years to come from this critical project, and the many other transport projects underway or about to begin as part of the Victorian Government’s investment in Sunbury’s future.”

Read more at Premier of Victoria.