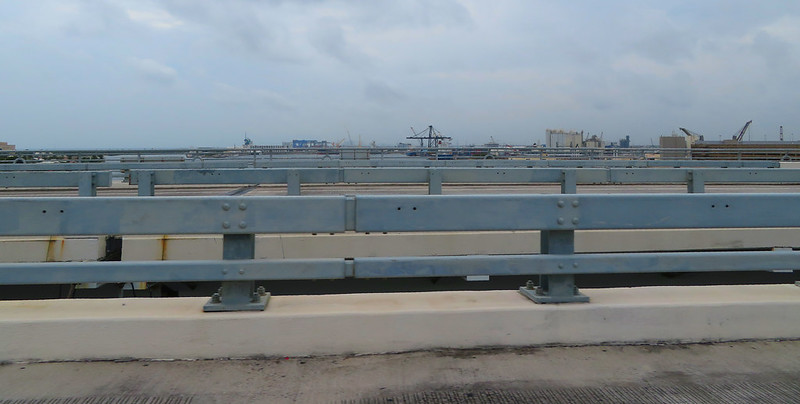 Instead of a month-long demolition, contractor Mammoet used transporters to pick up a bridge over the highway and move it in less than a day.

When the removal of a bridge over busy I-95 in Fort Lauderdale, Florida, was deemed necessary to widen the interstate highway’s lanes, construction managers from Archer Western and De Moya Group initially envisioned a two-stage demolition process requiring 30 days.

Instead, heavy lifting and transportation contractor Mammoet came up with an alternative plan that involved shutting down the highway for just eight hours overnight, lifting the 1,082-ton bridge span from its moorings and transporting it south along I-95 to an offramp for demolition.

Six trains of eight-line self-propelled modular transporters equipped with 250-ton jacks hoisted the bridge off its abutments in May for relocation south along I-95 to an offramp for demolition. This approach took just three hours, reducing disruption to traffic by several weeks’ time.